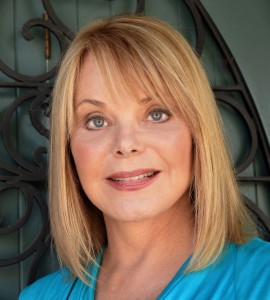 Katz Radio Group's Mary Beth Garber, Executive Vice President, Radio Analysis and Insights, will present a session on Friday, June 7, in Los Angeles, for the “Innovation in Radio Programming in the Digital Age” seminar, hosted by the UCLA Extension, Entertainment Studies and Performing Arts Program.Garber will share, “The Future of Radio as a Revenue Generating Advertising Medium,” which will explore how radio can continue to drive revenue through expansions to new platforms, while ensuring quality content and listener satisfaction. UCLA Extension created the seven-day seminar to provide Radio Beijing representatives the opportunity to talk with their American counterparts and discuss best practices, current challenges, and future trends in radio.”I'm honored to join the UCLA Extension seminar and look forward to exchanging ideas with members from Radio Beijing,” said Garber. “Radio is truly a global source of entertainment and information, and I'm excited to share the latest findings about radio in the U.S., and also gain insight on how the medium is used in other parts of the world.”In her current role at Katz Radio Group, Garber is responsible for collecting and generating research and other materials to educate a variety of constituencies on the continuing power and value of radio, as well as implementing partnerships that provide accurate research and measurement metrics across a variety of platforms and enhance the industry's ability to communicate those results.An industry veteran, Garber's background includes senior positions at advertising agencies, radio stations and the marketing department of the studio division of the Walt Disney Co. She has received industry recognition of her many career achievements, including “Broadcaster of the Year” by Radio Ink Magazine in 2008 and was the recipient of the 2000 Southern California Chapter of American Women in Radio and Television Genii Award for Excellence in Radio. In 2012, and for the past 12 years, she was named one of Radio Ink's Most Influential Women in Radio. Also, Garber serves on several boards, including the Executive Board of the Los Angeles Media Research Council, the Executive Board of Mentoring and Influencing Women, the Board of Equal Access, the Board of Variety Children's Charity and she is a member of the Organization of Women Executives.

The Lakers bench was yelling ‘Jimmy Neutron’ at Duncan Robinson during...

The Seahawks are positioned to make a push to sign Antonio...