Now that J Anthony Brown will be a permanent fixture on the Steve Harvey Morning show, industry insiders are speculating that this the beginning of Harvey exiting the morning show host post on the show. 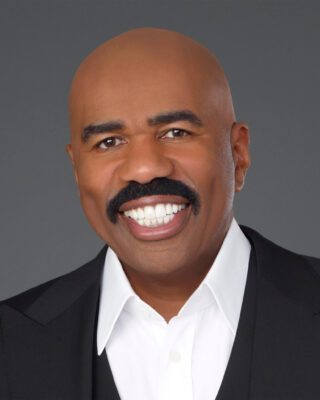 It no secret that Harvey was rarely in the Atlanta radio offices to record with the rest of the crew for quite some time. He’s got WAY too many irons in the fire right now, in addition, Harvey has constantly been at the forefront of controversy over the last few months regarding negative statements about Asian men, his visit to Trump Tower cheesing it up with Donald Trump, his lawsuit to keep a videographer from releasing footage of Harvey allegedly telling the black audience to’spit on white people,’ the severing of his business relationship with the man largely responsible for Harvey’s success, Rushion McDonald this past year which led to The Neighborhood Awards being cancelled and now the controversy surrounding Harvey asking listeners to respect Trump which has gotten backlash from fellow comedian DL Hughley who is garnering greater respect as a community advocate as well as radio host.Putting J Anthony Brown on the show would appear to be an indication that Steve is ready to have someone in his place so that he can focus on other things (like keeping his mouth shut)(lol). No doubt, it’s a brilliant move by Harvey’s c since Brown left competitor Tom Joyner a few months ago. The audience is very familiar with Brown and he can certainly carry the show on his own.We’re not sure how this makes Nephew Tommy, Carla Ferrell or Shirley Strawberry feel since they are all vets of the industry and the show and were doing a lot of the fill in work when Harvey was not in. The general radio rule is you work hard and you are the first pick when an opportunity comes up but that’s not the care here. From a radio perspective, this is a slap in the face to them but we can’t blame Harvey for making Brown his choice as another slap in the face (or a score) on his competition and “friend” Tom Joyner . At the end of the day, it’s all business.J ANTHONY BROWN ANNOUNCES NEW GIG ON STEVE HARVEY MORNING SHOW In addition, radio stations would more likely to accept Brown as a replacement since he has a proven track record and is an audience favorite. What is it like to work with Brown? We won’t address that but time will tell. One thing is for sure Brown is a great comedian and much funnier off the air but we understand his limitations. Harvey’s show is moving to LA from Atlanta in May (if not sooner, since Brown officially starts on April 18) so this will all be very interesting. Our prediction? Harvey will leave a majority of the morning show in Brown’s hands by the end of the year.