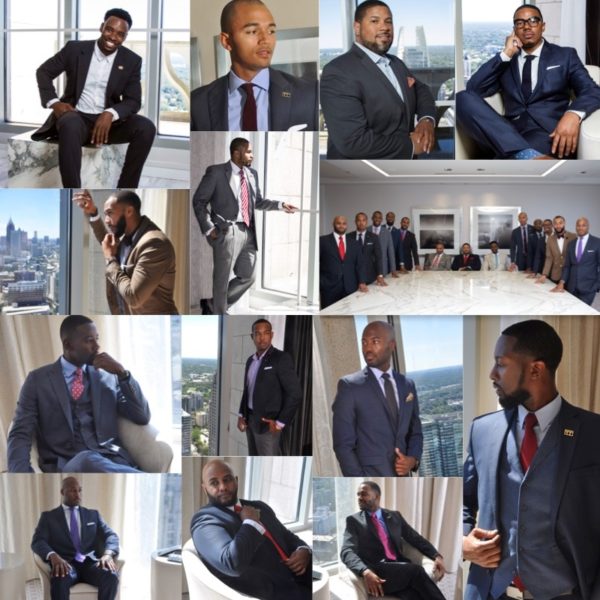 Emerging 100 of Atlanta Launches #Emerge Campaign To Encourage Community Action
New Social Campaign Aims to Convey Strong, Successful & Stylish Images of African American Males
ATLANTA, NOVEMBER 9, 2015 – A recent study concluded that young people without role models area 67% more likely to be unemployed, 50% more likely to abuse drugs and one in four also lacked a sense of identity. The need for more role models and positive images, specifically within the African American community, is the motivation behind #Emerge – a new initiative launched by the Emerging 100, the young professional auxiliary of the 100 Black Men of Atlanta, Inc. The campaign will officially launch on Thursday, November 12 at 7 pm at the W Hotel Midtown (188 14th Street, Atlanta, GA 30361), where the organization will be featured as part of the W Hotel’s “Locals We Love” Campaign.
#Emerge is a social action campaign designed to encourage African American males across the country to ’emerge’ as mentors and role models in their local communities. The campaign will include a collection of stylish and strong images of positive men from local communities shared via social media, as well as the
“We spend a lot of time in the community doing various projects, and the surprised reaction that young people have had to meeting and interacting with successful Black men has been heartbreaking,” said Erik Gordon, member of the Emerging 100 and Founder of the #Emerge campaign. “Our goal is to serve as daily examples and proof that the level of excellence they are encouraged to strive towards in school can be maintained into adulthood, and we’re hoping that men across the country will join us in this effort.”
Now in its fifth year, the Emerging 100 was established to enhance the mentoring and tutoring programs of the 100 Black Men of Atlanta, Inc., and has already had a tremendous impact on communities both in Atlanta and nationwide. This August, as they have for the past three years, The Emerging 100 gathered on the first day of school at B.E.S.T. Academy in Atlanta to welcome the students back to school. Their ‘welcome back’ tradition was an instant viral hit, garnering close to 25,000 likes and over 40,000 shares on Facebook. To date, additional re-posts have led to close to 75,000 shares and over 100,000 views. It has also spawned similar efforts in 20 cities across 15 states and in at least two countries.
Individuals interested in supporting the #Emerge campaign can participate by: posting positive photos of themselves or others professionally dressed or engaging in community activities with the hashtag #Emerge; sharing opportunities for mentoring in local communities with the hashtag #Emerge, and visiting www.emerging100atl.org to locate mentoring and volunteer opportunities in the Atlanta area.
For more information about the Emerging 100 or to RSVP for the Locals We Love event, please visit: www.emerging100atl.org.