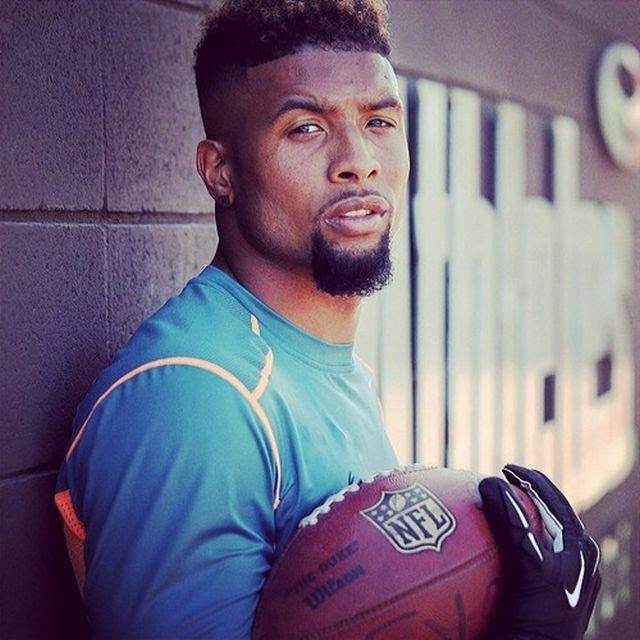 On Thursday, August 3, Broadcast Music Inc. (BMI) opens the bmi Stage at Lollapalooza with performances by six incredible acts. For the twelfth year in a row, the bmi Stage continues to be a hotbed of new music discovery among fans and the industry alike.

Day one opens with pop-soul singer, MAX, who has been featured on tracks by some of today’s hottest electronic artists including 3lau, Flux Pavilion, Whethan, and Sweater Beats. Next, progressive rapper and singer-songwriter Michael Blume will captivate the audience with his honeyed vocals and provocative lyrics, and the electropop beats of Gibbz will flood the speakers and have everyone dancing.

Later in the day, up-and-coming pop star Stanaj will bring his 90s R&B inspired pop-soul music to the stage, followed by A R I Z O N A’s colorful mix of alternative-pop and electronic-dance music. Finally, international sensation Atlas Genius will close out the day with their signature alt-rock sound.

MAX (1:00-1:40pm) has transformed from tween heartthrob to a sought-after collaborator who counts Pharrell and Pete Wentz as colleagues and friends. Known for his powerful acrobatic tenor, the pop-soul singer, actor & dancer released his debut album Hell’s Kitchen Angel in 2016 which included his hit single “Gibberish” featuring Hoodie Allen. The song’s success put MAX on the music industry’s radar where he was named one of MTV’s Artists to Watch, KISS-FM ’s Artist of the Week and Elvis Duran’s Artist of the Month. MAX’s current single “Lights Down Low” featuring gnash is climbing the charts and has garnered 100M streams across all platforms and entered the top 50 at Pop Radio. @Maxgschneider 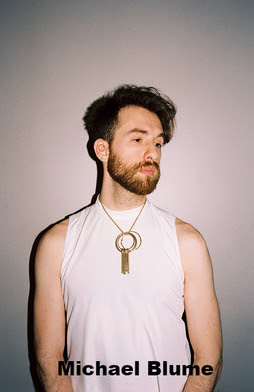 Michael Blume (2:10-2:50pm) has been captivating listeners around the country with his unbridled passion and soul-baring rawness. With a sound that is difficult to categorize, Blume has created his own unique mix of R&B, neo-soul, hip-hop, jazz, and electronica. As Earmilk put it, “Blume is and does all of these things.” His debut album was released last year to critical acclaim from Rolling Stone, ABC, Pigeons & Planes, Earmilk, Hilly Dilly, Popdust, OkayPlayer, PopMatters and more. Whether backed by his stripped-down, acoustic 5-piece band or his signature 11-piece band, his live performance shines as he blends unparalleled vocal prowess with evocative lyrics. @mblumemusic

GiBBZ (3:20-4:00pm) has seamlessly transitioned from behind-the-scenes player to eccentric stage personality. After starting out as a sound engineer and tour manager, the Brooklyn bred crooner made the decision to focus on writing and recording his own music. The synth-pop-soul singer soon released his debut EP Who Gibbz a F#@$ and toured the US and Europe with the likes of Gramatik, Cherub, Exmag, Ghost Beach, and the Floozies before independently releasing his first album, Above Water. He dropped his second EP, Oh My God, at the end of last year and is currently on his first headlining tour. @GIBBZmusic

Stanaj (4:30-5:10pm) is a star on a meteoric rise. After being filmed performing in a karaoke bar and before ever touting a proper single, this 23-year-old New York-born singer garnered glowing social media endorsements from Kim Kardashian West, Russell Simmons, Chris Brown, and Brandon Jennings, among others; performed at Coachella; sang on Dancing with the Stars; played Drake’s piano at the YOLO Estate; and landed a record deal with LAVA/REPUBLIC. The singer finally released his debut EP, The Preview, last year which propelled him onto Billboard’s Next Big Sound charts and produced popular tracks “Romantic” and “Ain’t Love Strange.” Named one of VEVO’s “Ones to Watch in 2017,” Stanaj kicked off the year with the release of his sophomore EP, From A Distance, joined JoJo on her North American Mad Love tour, and is gearing up to release his latest single “The Way I Love Her.” @stanaj 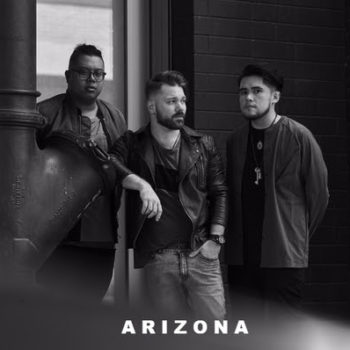 A R I Z O N A (5:40-6:20pm) transforms guitars, keys, and vocals into brushstrokes of alternative, indie, and electronic dance pop on their 2017 full-length debut album, Gallery. The New Jersey-based trio of songwriters and producers—Zach [vocals], Nate [guitar], and David [keys]—treat their music with the deliberation and diligence of a master painter. The band signed to Atlantic Records and Artist Partner Group last summer and quietly released a string of singles that earned massive fan engagement which found early success with tens of millions of streams across SoundCloud, Spotify, YouTube and more. “There’s no question that their big sound is going to take them to big places,” Nylon declared following their album debut. “Make room for them in your life, A R I Z O N A is right where you want to be.” @arizona_music 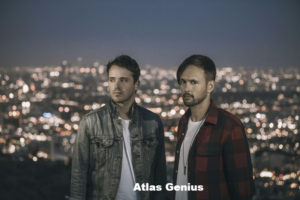 Atlas Genius (6:50-7:30pm) is an alternative rock band consisting of brothers Keith and Michael Jeffrey. The duo hails from Australia, where their breakout hit, “Trojans,” earned them a gold record around the world and took them from studio project to critically acclaimed international act. Since then, they’ve had three top ten hits at alternative radio and are getting to ready to premier their next track at Lollapalooza. @atlasgenius

bmi is proud to present and sponsor stages at C3 Presents’ music festivals: Lollapalooza and Austin City Limits Music Festival (October 6 – October 8 and October 13 – 15). BMI’s partnership with these elite festivals is designed to offer more prime showcasing opportunities to its songwriters, a distinct priority of the organization. For more information on Lollapalooza, please visit www.lollapalooza.com; for information on the Austin City Limits Music Festival, visit www.aclfestival.com.