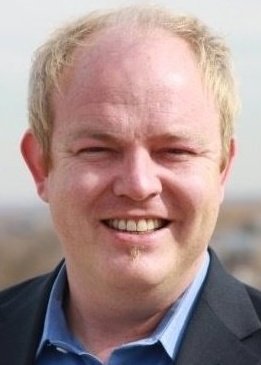 The racism is getting absolutely out of hand for wanna be Glenn Beck radio hosts around the country. Anything for publicity and unfortunately I’m giving it to this fat bastard too. This piece of shit radio host states the beautiful Michelle Obama looks like Chewbacca but he looks like an OLDER version of a balding Barbara Bush (lol). These things were never said of Laura Bush, I have never seen such blatant racism and hatred.   KColorado Springs  talk-radio host Jimmy “Porky Pig” Lakey was sitting at a cigar club at some point, he didn’t say when, and he heard someone refer to Michelle Obama as “Chewbacca.”He’d never used the word himself, he told his radio audience Aug. 14, but “at the cigar club, someone used the phrase Chewbacca, and everyone knew or assumed who this person was talking about.””I’ve tested it,” Lakey said on 740 KVOR, laughing. “I’ve done group testing, and I’ve said, if I say Chewbacca, what do you think? And, I’m telling you. I’m in so much trouble right now.”In trouble, he said, with his wife, whom he told about the Chewbacca talk at the cigar club.”She lectured me, and told me that was wrong, and that was crossing the line, and how rude that was,” Lakey said into his microphone for the world to hear.But then one day Lakey showed his wife some photos from Facebook of Michelle Obama dressed in different outfits.His wife, the “nice one,” he said, told him she looked like a halfback.”If you’re the First Lady, you shouldn’t wear things that make you look like a halfback,” she said to him.Lakey replied to his wife: “What’s the difference between you saying she looks like a halfback and someone else saying the name Chewbacca? I don’t get the difference. I just don’t get the difference.” [Editor’s note: A halfback is a football player. Chewbacca is an ape-like character in Star Wars films.]After he started telling this story on the radio, Lakey  said he got a Facebook message from a listener. The caller claimed to be the guy from the cigar club, Lakey said, the person Lakey first heard using the name Chewbacca. The guy who started this whole thing.It turns out, this guy’s wife gets mad at him, too,  for referring to Michelle Obama as Chewbacca.”I had a guy just post on my Facebook fan page,” Lakey  told  anyone who hadn’t turned off the radio yet. Then he read the  Facebook post:

Hey Jimmy, I smoke cigars, and I referred to Michele Obama as Chewbacca since 2009 (laughs). I wonder if I’m the guy you heard call her that…My wife has told me not to call her that in front of my kids. But my boys, got bless them, have picked up on it and they have marched forward with it… I wanted to identify myself and state that I cannot stand the Obamas. I took my boys out of school to attend the Tea Party rallies, and they were magnificent.

Along the way, Lakey had told his audience that he thought calling Michelle Obama Chewbacca was “crass and a little bit much.”But that didn’t stop him from saying everything he said, plus Lakey offered up  this:

Chewbacca! I didn’t say it! (laughs) No! I will not take the heat on this. I did not call her Chewbacca.   No. I get in trouble. My wife, when I told her this, she yelled at me. I thought it was kind of funny.

After I listened to a recording of Lakey’s story last week, I sent him an email with this question:

You said on the radio Aug. 14 you thought it was “kind of funny” for Michelle Obama to be called Chewbacca. You also said the comment was “crass and a little bit much,” but you went on to repeat the phrase and laugh repeatedly. Do you really think that using “Chewbacca” to describe Michele Obama is kind of funny?

I didn’t hear back from him.Neither did he tell me a couple weeks ago why he laughed hysterically and grotesquely when a caller compared Michele Obama to a character in the Planet of the Apes.And, as I explain  here, Lakey deleted questions about his on-air behavior that I posted on his Facebook fan page, where he describes himself as “humanitarian entrepreneur, and a former candidate for U.S. Congress in Colorado’s CD7 and… a frequent guest host for radio talk shows across the USA.”I don’t take his brush-off personally, because he didn’t respond to the Colorado Springs Gazette either.So that’s where the story ends for now.Lakey’s station, KVOR,  was just recently bought by Cumulus Media, Inc., one of the biggest radio conglomerates in the U.S.