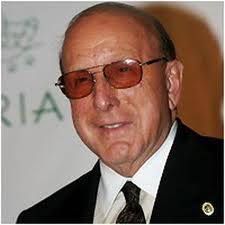 Clive Davis ““ arguably the most significant executive in the recorded popular music industry’s history launched his new autobiography, “The Soundtrack Of My Life,” on Thursday, February 21 at 7 p.m. The event, which provides a rare opportunity to hear Davis describe his illustrious career and share personal stories about his career, was held at the Tishman Auditorium at New York University School of Law, located at 40 Washington Square South between MacDougal and Sullivan streets.The event featured a moderated Q&A with Billboard Magazine’s Editorial Director Bill Werde. In “The Soundtrack of My Life,” which will be released on February 19th by Simon & Schuster, Davis shares a candid look into his remarkable life and the last 45 years of popular music as only a true insider can. The NYU alum recounts stories from decades in the business nurturing the careers of such luminaries as Janis Joplin, Carlos Santana, the Grateful Dead, Aretha Franklin, Bruce Springsteen, Rod Stewart, Whitney Houston, Aerosmith, Herbie Hancock, Sara McLachlan, Luther Vandross, Patti Smith, and Alicia Keys, to name a few.Davis has long been an advocate of high professional standards in the recorded music industry and in September 2003, Tisch School of the Arts proudly inaugurated the Clive Davis Institute of Recorded Music. The program is the first of its kind to provide professional business and artistic training toward a Bachelor of Fine Arts degree, and focuses on providing training for students who aspire to succeed as creative entrepreneurs in the music industry.