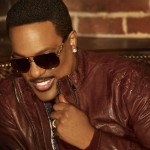 R&Legend Charlie Wilson and World-renown Percussionist Sheila E. will join the nation’s top African American entrepreneurs, executives and professionals at the landmark 20th anniversary edition of the Black Enterprise/Pepsi Golf & Tennis Challenge in Palm Beach Gardens, FL. Whatever the agenda—be it entertainment, lounging poolside, hitting the links or courts, or being pampered at the spa—the power networking, luxury and fun is the bottom line at this one-of-a-kind Labor Day Weekend, set for Aug. 29- Sept. 1, at PGA National Resort and Spa in Palm Beach Gardens, Fla.—the site of the very first Black Enterprise/Pepsi Golf & Tennis Challenge.The prestigious weekend continues to be the largest African American sporting event of its kind, with two decades of showcasing world-class entertainers (Raphael Saadiq, Chaka Khan, Patti LaBelle, Fantasia, steve harvey, Babyface, Earth Wind & Fire, MC Lyte, Big Daddy Kane, Chrisette Michelle, Anthony Hamilton and Dave Chappelle are just a small sampling of the showstoppers who have performed at the Challenge) and attracting African American achievers from every arena, ranging from then-teen tennis sensations Venus and Serena Williams, to golf legends Charlie Sifford and Lee Elder. The yearly conclave draws hundreds of attendees, including some of the nation’s top corporate executives, professionals, tastemakers and entrepreneurs for fun in the sun, top-notch entertainment, and all-inclusive amenities in a relaxed and engaging environment. The most determined golf and tennis competitors will compete for the coveted Purple Jacket, awarded to the champions of the Challenge tournaments, as well as trophies by Tiffany.Other entertainers and personalities slated to appear at the Black Enterprise/Pepsi Golf & Tennis Challenge include Multi-Talented Actor Anthony Anderson, Comedian Chris Spencer and Hip Hop IconDoug E. Fresh, with still others to be announced. For more details visit: www.blackenterprise.com/GT. For the latest event updates, as well as other perks and prizes for registrants, check the #GTYear20 hash tag on Twitter and Facebook.