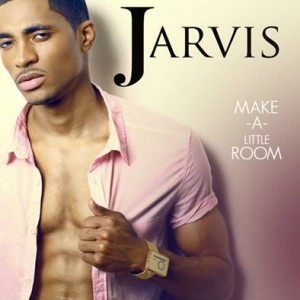 Capitol Music is proud to announce the signing of new R&artist, Jarvis Shaffer. With is his single “Make a Little Room” already receiving radio spins and his video at 97,000 hits and counting, Jarvis is destined to be a household name.Talent, drive, timing and charisma are important factors in achieving super stardom. Fortunately, for Tulsa, Oklahoma native Jarvis Shaffer, these factors have been coming together for years and now, at the age of 22, he is on the verge of achieving his place in the R&world. Before Jarvis had discovered that his musical talent would become his life’s passion, he was inspired by his older sister, a favorite on the local talent show circuit in their hometown. Before long, his dream started materializing and on one fateful family trip it became reality. “I remember singing along with a song on the radio, and my family telling me how great I was,” he recalls. “Right then, I knew where my life was headed.” At the age of 12, he embarked on the path that led him to where he is today. Local talent shows and performances allowed Jarvis to not only hone his vocal talents, but to also develop the skills needed to be a true performer and to the ability to control a crowd. Shortly after his family relocated to Atlanta, Jarvis was introduced to music mogul Jermaine Dupri, who instantly recognized the young singer’s star potential.In 2004, Jarvis was added to the roster of Dupri’s So So Def Recordings, which led to the release of his first single “Radio”. With the song’s video; America was introduced to a young man whose golden voice and boyish good looks were well on their way to captivating a generation. Before Jarvis could see the release of his debut album, Jermaine Dupri was appointed Executive Vice President of the Virgin Music Group, and as often is the case in the game of music politics, artistry suffered. JD’s departure left a couple of artists including Jarvis stuck in a record deal without the guidance and advocacy of the executive team which had believed in them so strongly. During the months that followed, Jarvis would learn that one of the most powerful resources he had was his inner circle. The friends and family who believed in his dream as much as he did kept Jarvis focused. One of the members of that inner circle acting as Jarvis’ manager would lead him to the next chapter in the young crooner’s career by bringing him to the doors of Disturbing Tha Peace Records. While negotiating a collaboration between Jarvis and one of the Atlanta label newer artists, DTP CEO Chaka Zulu was so impressed with Jarvis’ talent; he made him two impressive offers. The first was to have the label’s co-founder and flagship artist, three-time Grammy Award winner Ludacris, appears on Jarvis’ second single “Pretty Girl.” The second was an offer for Jarvis to join DTP’s powerful artist roster. Though the partnership didn’t yield any other releases after “Pretty Girl,” it was yet another lesson, another step along the way to Jarvis’ future.Leaving DTP, Jarvis was now armed with ample knowledge about the inner working of the music business and working with the right team, Jarvis was now poised to step into his destiny. “I knew all along that it wasn’t my talent that was holding me back from being one of the biggest artists in the game,” explains Jarvis. “I just had to get with the best team.” That team is led by former So So Def executive Kadife Sylvester, who truly gets Jarvis’ artistic vision and has thrown his years of experience and accumulated relationships to ensure that the vision is delivered to the public. With the guidance and support of his team, Jarvis is currently putting the finishing touches on his mixtape project titled Heartache, due out September 11, 2012.In an era when many of his peers are strictly concerned with superstar looks and “swag,” Jarvis is out to make an impression on the world through great music. Gifted with a voice rich and controlled beyond his years, Jarvis is working with some of the biggest names in Black music ““ including Waka Flocka, Ludacris, DJ Khaled, Bow Wow, Pitbull, Lil Scrappy, The Runners, Tha Bizness, Rock City, Adonis Shopshire, Daron Jones of 112, Dre & Vidal to name a few and craft the new R&classics, incorporating all that this generation has been exposed to culturally and musically, while honoring the greats who paved the way. “I want to create a legacy, become a great entertainer and be known as a great person,” Jarvis says. “I strive to become legendary, not just for my talent, but for what I’ve given back.” For Jarvis, his time is now, so “MAKE A LITTLE ROOM”.