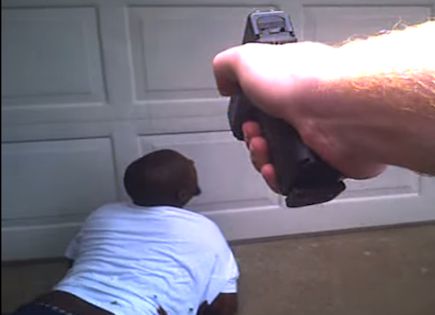 Being a black man is dangerous to your Being… a black man is dangerous to your Being…It is really hard to convince me that there is not a war on black men in this country even by some people in the black community. Black men have so few resources when it comes to support, that it is no wonder many of us are led astray. It appears that nobody cares so why should we?  We see the injustices every day and we often ignore it or make a comment, blow it off, get pissed or even march when a black man is killed but then we go back to where we were and who we are. This includes many Black radio stations around the country, where are you when we need you most? This is not the time to laugh it up and giggle about stupid content it’s the time to help our community because we are in dire need of your support.If there is one thing that is the MOST irritating, it’s those who stand up and speak out for black men in situations like these but then turn around and discriminate against us when we apply for a job at their company or corporation or they deny us a promotion and pass us over. I’m referring to those who appear supportive but who really have a very discriminatory and limited view of black men, you know who you are. Sadly this INCLUDES some black people all using the opportunity to resolve their own intra-discriminatory practices, self-hatred or anger and animosity toward black men by showing up when everybody else shows up then removing their disguises when nobody’s looking.Social media does not make this horror anything new it’s just exposing what has been going on for decades I mean CENTURIES. How many more times must we see organizations like The Innocence Project free black men who have been incarcerated for crimes they did not commit who have been locked up for decades, some even asked to sign documents that take away their right to sue as a condition of their freedom? They come home and everybody is dead, they missed their parent’s funerals, kids are grown with their own kids and their lives have never moved forward stopping dead in the tracks in 1985 and it’s 2016. They have lost the opportunity to have a career, a family and to create a legacy all because they were railroaded by the legal system and in the wrong place at the wrong time, which is anywhere in a black neighborhood and poor.  How in the hell do you rob a man of 30 years of his life KNOWING he was innocent, just to get a conviction and a notch in your belt then blow it off with a simple apology (if that)? I saw one TV show where the white prosecuting attorney did exactly that.

The boy who was now a man was freed after 40 years in prison (coupled with a diagnosis of lung cancer) and the prosecutor admitted he failed the boy and simply wanted to win the case.

This prosecuting attorney KNEW the black 16-year-old boy was innocent but he didn’t provide the evidence to help him during the trial and the kid was sentenced to life as an adult for murdering a white store owner who had a store in a black neighborhood. The boy who was now a man was freed after 40 years in prison (coupled with a diagnosis of lung cancer) and the prosecutor admitted he failed the boy and simply wanted to win the case. So he INTENTIONALLY railroaded this black boy and 40 years later he felt bad about it? Awww. But not bad enough to rescue him right away, he only came forward after a DNA program was the catalyst to prove the man’s innocence. He would have been satisfied to spend the rest of his life knowing that he destroyed the life of a black boy (and without question many more black boys) for his own success. The prosecutor, who was now retired and enjoying the fruits of his tainted labor, came to the sick black man during this show who was hooked up to all kinds of machines in a meager apartment, each cough sounded as if his lungs would come expel from his mouth and it would be his last. The attorney had the audacity to ask this man, whose life he had completely destroyed, for his forgiveness. The black man looked him square in the face and without a drop of anger said “No” and there is not a church on this earth that could convince me that he was wrong to feel that way.The only coincidence in the two most recent police killings this week is that they were both taped.  This is NOT new. D.L. Hughley makes an extremely important point about how when black men are accused of anything illegal, we are interrogated immediately but when a police officer shoots a victim as we have seen in both videos this week, they are put on leave and given 30 days to explain what happened during an investigation by their superiors and support systems. Can you imagine if a black mother was assigned to investigate a crime that her son is accused of committing after he is arrested? That’s more than enough time, as DL puts it, to get your story straight. Then there is no indictment and these people go free.  Anyone with vision can see that George Zimmerman is a mentally ill man who was absolutely capable of killing Trayvon Martin and he did and he is walking the streets today proving his mental instability.This has happened so many times that many of us have lost count. Hot 97’s Peter Rosenberg, who I have gained a whole new respect for, made another interesting statement, why don’t the good cops tell on the bad ones? The oath of the officers protecting each other and not wanting to be labeled “Rats” gives them ALL the bad name and makes the black community not trust ANY of them including the black officers.This is the time that the white media will dig up all the dirt they can on the two victims this week to make them look like they deserved to be murdered which only adds massive fuel to a massive inferno. The media plays a HUGE role in creating a divide using their networks to garner ratings in any way possible by bypassing the truth and evidence even when it’s on video. Anything for ratings.Urban radio is needed more than ever in times like this to create balance or should I say truth, not just this week but as an entity to create programs, dialogue and to serve as the liaison not just to the listeners and music but to the community, politicians, state laws, and incentives to stop this problem.What we have seen this week is absolutely disgusting and for those of us who are black who sit on our high horses like we are above reproach,  think again or go visit OJ Simpson in his jail cell in Vegas. It can happen to you or your sons. At the end of the day the question is what in the hell are we going to do about this because it’s obviously not going away and every time a bad police officer (and they are not all bad but it would be great to see the ones who are good take a stand) is freed and ruled innocent (again) by our legal system it’s a slap in the face to the ENTIRE black community that says not only do we know what we are doing, we don’t care how you feel about it. To an extent they have a point, if WE don’t care why should they? And there are many of us who don’t.We’ll get pissed, talk about it and then retreat back to our lives waiting for the new Jordans to come out or watch the next episode of the Real Housewives of Atlanta and watch with delight as black women rip each other to shreds until the next killing where we will get pissed, talk about it then retreat to our daily lives as if nothing happened.  They KNOW our routine which is why it KEEPS happening! At the end of the day we are all that we have. We can’t stop marching or talking about it, we have to keep going in order to incite a much-needed change.  As long as we retreat and don’t take a MUCH more sustained and supportive role in our own damn community, politics, policing and legal systems we can continue to watch ourselves shrink, one black man at a time until we are compleltey defeated.