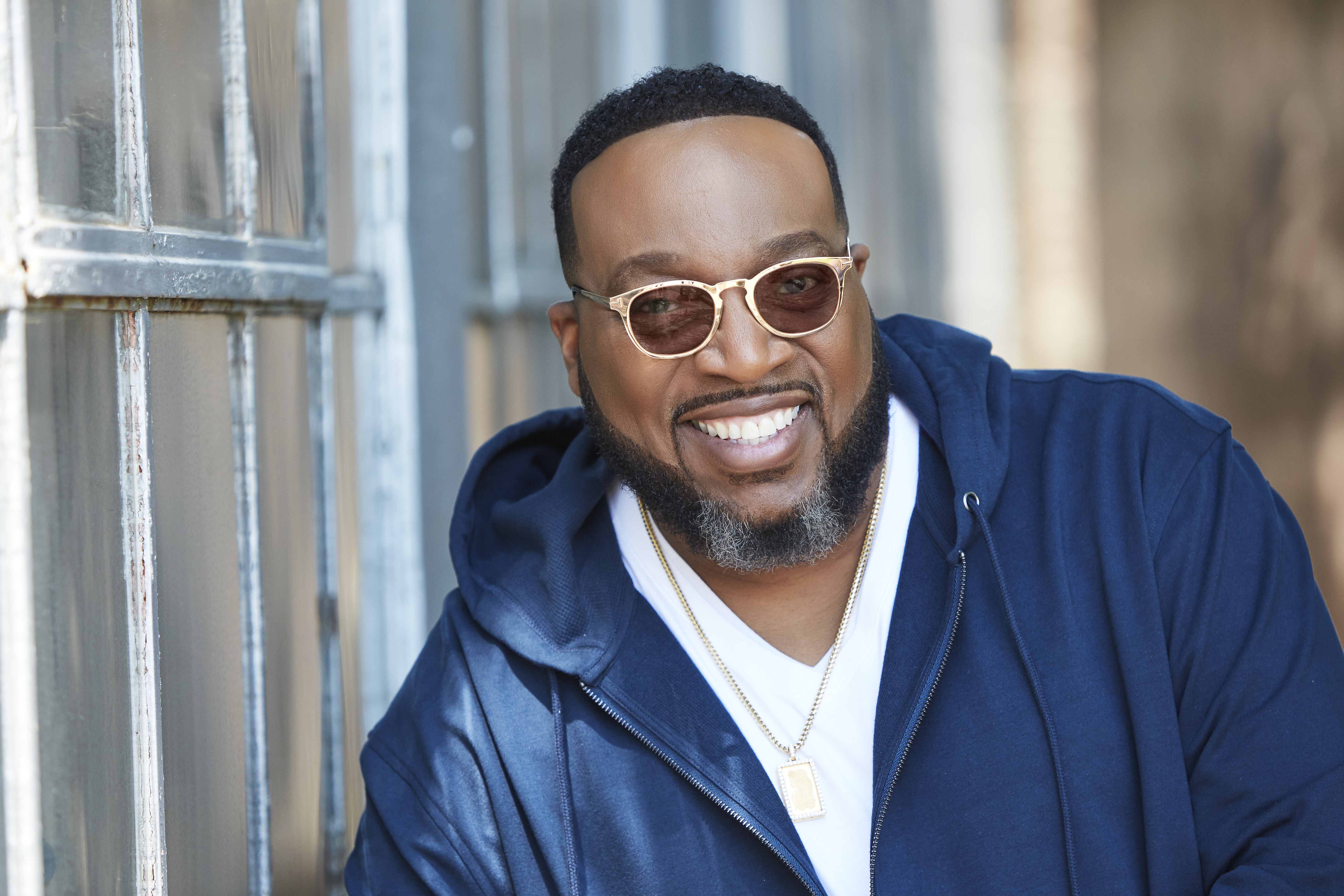 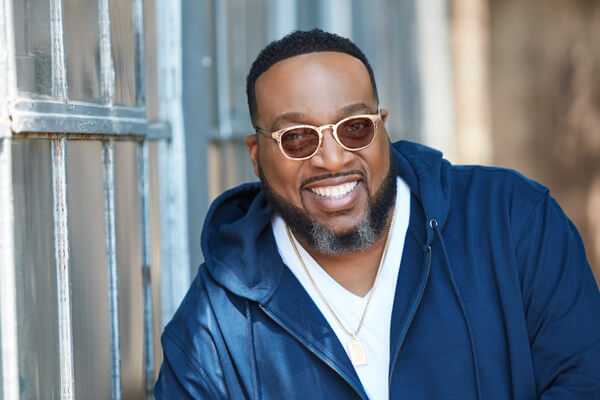 Bishop Marvin Sapp has just released his 11th studio album, titled “Close,” on RCA Inspiration which features his current single “Listen.” Among his many ventures, Bishop Sapp has a syndicated radio show in 30 markets and he ran a Performing Arts school for five years in Grand Rapids, MI – Grand Rapids Ellington Academy of Arts and Technology (GREAAT), a K-12 charter school, which closed in 2017. Yet, the job he considers the most important is being a father to his three children: Mikaila Sapp, Madisson Sapp, and Marvin Sapp II, all of whom are young adults. Bishop Sapp became a single father when his beloved wife, MaLinda, passed away in 2010. Bishop Sapp is our industry entrepreneur this year for the Radio Facts Power Play List. We wanted to ask him a few questions about his life and career as an entrepreneur.

How do you manage and balance so many projects?

MARVIN SAPP: Well, everything for me is about priorities. You know, you prioritize what’s most important, so, you know, first and foremost, before I’m anything, I’m a father. I made sure that I put all of my emphasis and all of my energy into ensuring and making sure that my three children were healthy emotionally, mentally and physically. And, um, I just felt like, you know, I can have my life later, after I make sure that their lives are on course. And then after that, you know, I’m a pastor. I’m a pastor at, actually, two churches; one in Grand Rapids, Michigan, and one in a town that’s about 40 miles away called, Muskegon, Michigan. Then, after that, I’m the recording artist. And then, after that, are all my other entrepreneurial efforts. From the charter school piece to the daycare, to the full-service salon, to the events centers. I didn’t go into everything else that I’m really, more or less, passionate about. I’m really trying to function in all of those gifts that I feel like God has given me.

Tell us about your radio show.

Sure. We are on in 30 markets right now. I actually tape it in my hometown, Grand Rapids, Michigan. It’s a little mixed, a cross-section of what gospel music is. Sometimes it’s traditional music, sometimes it’s very urban, it just depends on my mood at that particular point in time. I try to make sure that we give people a musical message that is encouraging and uplifting. I’ve been told that sometimes they’re listening to it on Sunday mornings, as they’re preparing to go to church, so, you know, it gives them that little spiritual vitamin that they need in order to have that energy to get dressed and get it moving, you know? Sometimes they’ll listen to it on Saturdays while they’re cleaning around the house. It’s amazing to me that, you know, so many people are enjoying it, and that it’s really, really growing. So, you know, I’m excited about it – I’ve been doing it less than a year now. So, the fact that we’re in 30 different markets is a big thing.

I’m just trying to be all things to all men. You know that, you know, that’s what the Bible says, “You gotta be all things to all me, that you might win some.” So, I know I’m not gonna win ‘em all, but I think that if I do the very best that I can to be everywhere and to make sure that the message that I’m trying to convey is crystal clear, I really think that I’m going to position myself and other people, so that the rest of their days be the best of their days.

So you were on a different path and Fred Hammond called you to join the gospel singing group Commissioned. That was almost 30 years ago. What was going through your head when Fred called?

It’s funny, you know, the story is, I had just gotten off a plane from San Francisco, California. I was out there preaching and, when the phone rang, I picked up the phone at my apartment – I had a roommate at the time — and the caller said his name was Fred Hammond. I said, “You’re kidding.” He said, “No, I’m not, this is really Fred.” And I said, “Give me your number.” And he gave me his number, and I called him back, and he told me about the opportunity, possibly, of being in a very prominent group. He didn’t tell me the name of the group, but asked me, “Was I interested?” And I, honestly, at that point in time, I was so focused on traveling and being an evangelist, that music had become, like, you know, not anything that I was, more or less even remotely interested in anymore. I had already resolved that I was going to be the preacher-teacher that, you know, I wanted to be. I said, “Well, let me pray about it,” ‘cause every good decision ain’t a God’s decision. So, you know, we both prayed, and after we kept praying together about it. Fred kept calling and giving me updates. Then he finally told me it was Commissioned.

I grew up listening to Commissioned. A lot of people don’t know this, but Commissioned started in 1980, and, as a matter of fact, you might be the only person to ever be able to write this but, Commissioned started in 1980, but in 1982 they actually did their first concert and their first concert was done at my home church in Grand Rapids, Michigan. Fred Hammonds’ mother knew my pastor and knew my pastor’s family, ‘cause they were musical. She picked up the phone and called my pastor and said, “Listen, Bishop,” — she used to call him William – she said, “listen, William, Freddy’s got this little group. Would you let them come to do a concert?” And my pastor, being musical, he said, “Okay, fine. No problem.” So, Commissioned actually came to Grand Rapids in 1982 and they did a concert at my home church. This 15-year-old boy opened up for them, and that 15-year-old boy was me. Yeah, so it’s crazy to look at how, you know, I was a 15-year-old boy, a tenth grader in high school. I sang while they were in the back getting ready and then they came out later. I followed them, I mean, the whole time. Once they started recording and everything, in ‘85, you know, I became a Commissioned fan. And then, in 1990 when I received the call, you know, I tell people all the time, that I was a groupie in the group. And, you know, I just, I loved the group. I loved what they were about. It was just different growing up in the church, seeing guys, who understood, you know, that you can have swag and still be a Christian. You know, you don’t have to be, a quartet-singing, crushed velvet, bow-tie-wearing, cummerbund-wearing group member. That group would wear Miami Vice clothes, with the jeans and tees, and stuff like that. That was absolutely impressive to me, and I was just thankful that Fred gave me that opportunity later on in life.

What’s been the most challenging thing about being in the business of gospel? And was there ever a time you wanted to give it up and go do something else?

No. I’ve never wanted to give it up. My mother asked me when I was ten-years-old, I could tell you story after story, but when I was ten-years-old, my mother made me chose, at ten, you know, she said, “Marvin, you can sing gospel, or you can sing secular, but you can’t do both.” I had already been traveling and stuff in our region, and I chose, at ten-years-old, that I wanted to do gospel music. And, you know, I never turned back, never had a passion to sing anything other than what I’ve been singing since I was a little bitty boy. So,…I think, you know, from the standpoint of…doing it for a living, you know, I never thought about that.

I never thought that you know, 30 years later, that I would still be around, and yet, still be relevant. Never in my wildest imagination did I think that. But, you know, I wouldn’t trade my journey for anything. I appreciate the fact that “Never Would Have Made It,” when it hit, I had already been in the industry for 18 years. Before I got my first hit. Somebody asked me a question, they said, “Well, how do you feel about having this crossover hit?” And I told him, I said, “Well, I’m just grateful that God gave it to me when I was old enough to handle it. ‘Cause I kinda feel like, if He’d given it to me any sooner, it’d have probably gone to my head.” But, you know, I was at an age where I could deal with it. So, I’ve, I’ve enjoyed my journey, and I wouldn’t trade it. I mean, like, my God, a lot of gospel artists, you know, they’ll never be able to do what I’ve done, and, you know, I’ve had the opportunity to do it, and I’m only 51 years old. So, millions of sales, every award, being nominated, you know — the only award that I don’t have is a Grammy. But BET, Soul Train, everything, I mean, you know, Stellar, Dove.

Yeah, I just won a Dove Award this year. And I got like, more like 24, 26 Stellar Awards, two BET Awards, and two Soul Train Music Awards. So, I mean, I’ve had a great, great, great career. So, you know, I don’t…think I would change anything. As a matter of fact, I know I wouldn’t.

Now you have this album out called “Close,” and the single is “Listen,” and I will tell you a little personal thing about me and that song. I got the album months ago. And I listened to it, and I have a 19-year-old nephew, and I was letting him listen to it. Shortly after that, a month or two later, he was murdered. But, we listened to that song and it resonated, and it meant something to him. His name was Kendrick Woods and I just wanted to share that with you, that it did it resonated with me, as well. It’s kind of hard sometimes for me to listen to that song because I remember that’s one of the last songs that we listened to together. Thank you for that album, and for that song.

Yeah, that’s what keeps me doing what I do. It’s not about the record sales, it’s not about the accolades, it’s not about the, you know, the awards and nominations. It’s about hearing testimonies of people who tell you that what you have done has resonated and it made an impact and, you know, planted a seed. And to me, that’s our assignment. That’s what it’s supposed to be about, especially in this gospel music industry. It’s about getting a message to a really messed up age. And, you know, I just want to say, “Thank you,” because that’s the fuel that keeps me doing what I do.