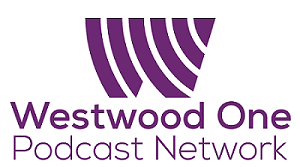 CUMULUS MEDIA’s Westwood One’s podcast 5-4 today drops the first episode of a special series on the Supreme Court’s role in the upcoming presidential election. Today’s show focuses on Amy Coney Barrett, the nominee named to replace Ruth Bader Ginsburg. Each subsequent Tuesday, the podcast will examine topics in election law, including decisions on the electoral college, gerrymandering, and campaign finance.

5-4 is hosted by legal commentators Peter (better known as Twitter’s @The_Law_Boy), Rhiannon (@AywaRhiannon), and Michael (@_FleerUltra) and is available at Apple Podcasts, Spotify, Stitcher, TuneIn, Google Podcasts among other platforms.

October 6:
Call-in Episode –
The hosts answer listeners’ urgent questions about the SCOTUS nomination process and what is at stake in the upcoming election.

October 13:
Electoral College ­–
The hosts take on several cases about the electoral college and explain how it works

October 27:
Campaign Finance –
The hosts talk about a case in which the Supreme Court struck down Arizona’s program to match private donations.

November 3:
Bush v. Gore –
The hosts look back on the ruling that ended the 2000 Florida recount and put George W. Bush in the White House.

November 10:
Election Episode –
The hosts are on hand to discuss the election results and how they are likely to affect the Supreme Court.