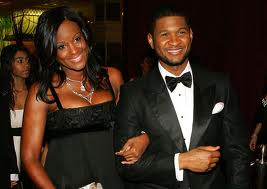 Unfortunately Usher‘s 11-year-old stepson, Kyle Glover, has been declared brain dead after being accidentally struck with a jetski,  Kyle, the son of Usher‘s ex-wife Tameka Foster, was riding an inner tube on Lake Lanier in Atlanta, GA on Saturday when a jetskier hit him — striking him in the head and knocking him unconscious.  Kyle was airlifted to a nearby hospital, where Usher, 33, is said to have joined him Sunday evening. Reports say that  Kyle has registered no brain activity since being admitted.  Authorities are investigating the accident, although alcohol has already been ruled out as a contributing factor.

Babyface, Brandy, Ceelo Green, and Others to Perform at The 2020 “SOUL TRAIN AWARDS” Presented by BET