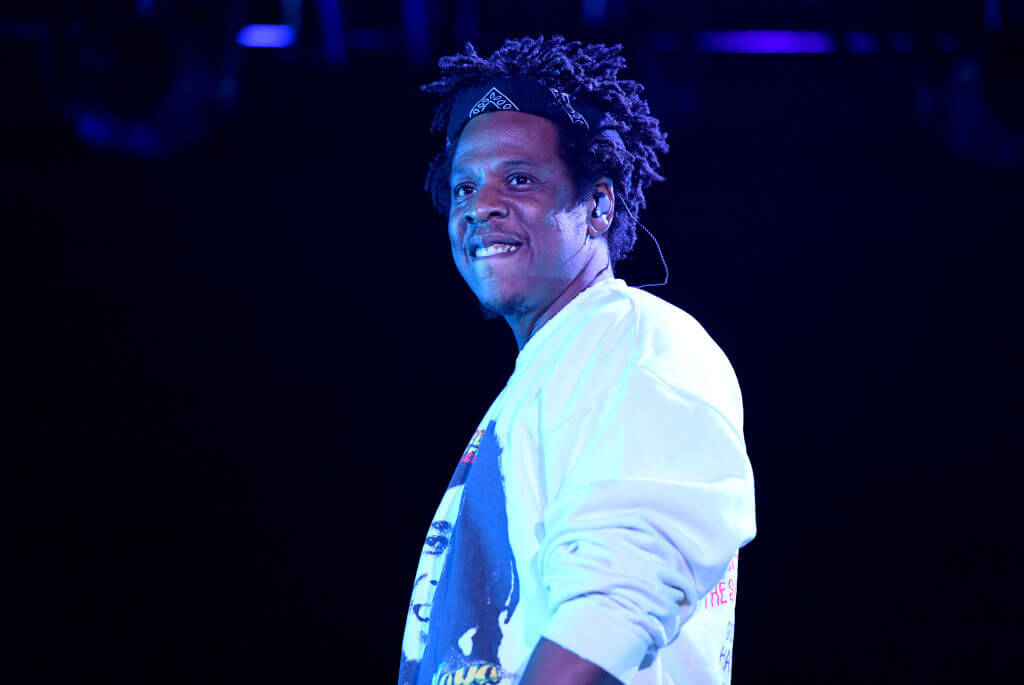 (Photo by Craig Barritt/Getty Images for Something in the Water)

Jay-Z, whose name will go down in hip-hop history as a consensus all-time great, has managed to eclipse his achievements in music with his successes in the boardroom. With estimated self-worth of a billion dollars, Jay-Z has successfully transitioned from underground emcee to multi-million dollar mogul. By listening to his music and studying his professional career path, there are certain aspects from Jay-Z that we should use as a blueprint.

You can rise from humble beginnings.

Shawn Carter was raised in Marcy Projects, located in the Bedford-Stuyvesant section of Brooklyn, N.Y. He grew up in a single-parent household and was a high school drop-out. For a brief stint, he peddled drugs in the streets to earn money. In regards to his past, he states, “The burden of poverty isn’t just that you don’t have the things you need, it’s the feeling of being embarrassed every day of your life and you’d do anything to lift that burden.

Jay-Z didn’t get his start with the backing of a major record company. He first sold CDs out of his car and eventually became a co-founder of the independent label, Roc-A-Fella Records. Carter adds, “I was forced to be an artist and a CEO from the beginning, so I was forced to be a businessman. When I was trying to get a record deal on my own, it was either, give up or create my own company.” Shawn later became the founder of his current music label, Roc Nation.

Jay-Z’s name has been synonymous with Brooklyn. Throughout his career, Hova has made countless references and shout-outs to his hometown. Jay-Z’s extensive music catalog is comprised of many titles including, “Brooklyn’s Finest” and “Brooklyn (We Go) Hard.” It was Carter’s insistence and encouragement that helped influence the NBA team, the Nets to relocate from New Jersey to Brooklyn. Carter ultimately became part-owner of the Brooklyn Nets, and sits courtside at home games in the Barclay’s Center, still cheering, supporting, and representing his borough.

After having a highly publicized, four-year feud with Nas, Jay-Z buried the hatchet by inviting his former rival, to join him on stage at the “˜I Declare War’ concert in 2005, where they reconciled their past beef. The following year, while president of Def Jam, Carter signed Nas to a recording deal and the two appeared on each other’s next albums, American Gangster and Hip-Hop Is Dead respectively.

Carter signed a 10 year, $150 million deal with Live Nation, in which he controls records, tours, strategic marketing, and creative advertising development for companies like Budweiser. Although later selling the rights to Roc a wear, another business venture which he co-founded, Jay-Z still retains stake in the company and heads up marketing, licensing, and product development for the brand. Shawn says, “All of my businesses are part of the culture, so I have to stay true to whatever I’m feeling at the time and whatever direction I’m headed. My brands are an extension of me. They are close to me. It’s not like running General Motors, where there’s no emotional tie.”

Carter is the co-owner of the 40/40 Club. The upscale sports bar began in New York City and has since expanded to locations in Atlantic City, Brooklyn, and Las Vegas. Jay-Z has global plans for the 40/40 Club as he eyes future establishments in Tokyo, Singapore, and in various airports. Jay-Z also shares ownership with billionaire businessman, Mikhail Prokhorov in the NBA franchise, the Brooklyn Nets. Regarding growth, Hova states, “People respect success. They respect big. If you’re big enough, people are drawn to you. And hopefully, everyone else follows.”

Put your signature on it.

Jay-Z is one of only a handful of rappers, whose given name is just as popular as his artist name. In addition to writing Shawn Carter into many of his lyrical compositions, Jay-Z has attached his government moniker to various product endorsements and branded entertainment opportunities. In 2003, he became the first non-athlete to get a signature collection from Reebok. The S. Carter line became Reebok’s fastest-selling shoe in company history. Jay-Z advises, “Remind yourself, nobody is built like you. You design yourself.”

Realize your voice can be heard in non-traditional audiences.

Jay-Z became active in politics through the HeadCount organization and various other voting drive initiatives; encouraging registration, participation, and sending voters to polling stations. He also became a public supporter of President Obama and helped raise $4 million for his re-election caign. Carter states, “Growing up, politics never trickled down to the areas, where we come from. Obama himself; reached out to me and asked for my help on the caign. We’ve had dinner and we’ve spoken on the phone. He’s a very sharp guy. Very charming. Very cool.”

Own your own material.

In 2014, Jay-Z accomplished what only a few artists have been able to do in music history, which is to be in full control of their master recordings and publishing rights. The deal that was signed in 2004 would take 10 years to go into effect and applies to the music that he made while signed to Universal Music Group. Carter accepted the presidential position at Def Jam in the first place, to help secure ownership of his masters. Shawn says, “Hip-Hop is more about attaining wealth.”

Jay-Z co-produced the motion picture remake of the classic musical, “Annie” along with Will Smith and Jada Pinkett-Smith. For the first time, the popular, title character was portrayed by a black actress, Quvenzhane Wallis. The film of course, features Jay-Z’s hit, “Hard Knock Life,”which sles the soundtrack song from the original production of “Annie.” Carter also collaborated with the Smith’s in 2009 to produce the Broadway musical, “Fela!” in homage to West African Afrobeat creator, Fela Anikulapo-Kuti.

10 MORE GREAT MUSICIANS WHO SHOULD HAVE BEEN BIGGER STARS