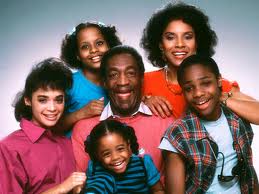 TV Land is bringing the Emmy ® Award-winning series “The Cosby Show” back to primetime! Created by and starring legendary comedian Bill Cosby, the heart-warming and groundbreaking series will kick off the re-launch on Monday, September 10, with an hour each weeknight from 8pm to 9pm ET/PT. Then, the sitcom hits the weekend with two marathons on Saturday, September 15 from 5pm to 9pm ET/PT and Sunday, September 16 at 9:30am to 2:30pm ET/PT.”˜The Cosby Show’ fits in perfectly with our brand of feel-good comedy,” said Jaclyn Rann Cohen, executive vice president, program strategy and acquisitions. “Bill Cosby created a sitcom that is still funny and relatable to a primetime audience 20 years after it went off the air. It defined what it is to be a modern family sitcom.”TV Land will also be bringing “The Cosby Show” into the digital world with The Cosby Pinterest Challenge. By following @ilovetvland on Pinterest, users will be able to create their own Cosby boards and post pins based on TV Land’s weekly hashtag themes (like #cosbysweaterchallenge or #cosbyvideochallenge). The winner chosen at the end of the challenge will get to take over @ilovetvland’s boards for a full two weeks.Last year, the cast of “The Cosby Show” was honored with The Impact Award at the “TV Land Awards 2011″ held in New York City. The Impact Award is presented to a show that offered both entertainment and enlightenment, with comedy that reflected reality.”The Cosby Show” aired on NBC from 1984 to 1992 and centered on the lives of Dr. Heathcliff (“Cliff”) Huxtable (Bill Cosby), an obstetrician, his wife Clair (Phylicia Rashad), a successful lawyer, and his family in New York’s Brooklyn Heights. The comedy reflects the increasing ways in which families struggle to balance professional and personal lives and focuses on the efforts to raise five kids ““ Sondra (Sabrina LeBeauf), Denise (Lisa Bonet), Theo (Malcolm-Jamal Warner), Vanessa (Tempestt Bledsoe) and Rudy (Keshia Knight Pulliam) in a dual-career household. The show garnered five Emmy ® Awards including Outstanding Comedy Series in 1985 and remained a top-five hit throughout its wildly successful run. As the show lives on in syndication, viewers continue to laugh as the Huxtable children grow up, go to college, get married, grandchildren are born and more”¦all as Cliff and Clair manage to stay madly in love.