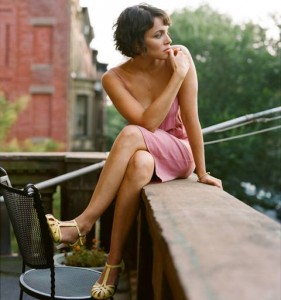 Tune in to NBC “Late Night With Jimmy Fallon” Monday, October 25 to see Norah Jones and The Roots performing “Chasing Pirates“ from The Fall, as well as several songs from her forthcoming album “¦Featuring.On November 16, Blue Note Records will release “¦Featuring, a star-studded collection of the multi-platinum selling, multi-Grammy Award winning singer Norah Jones‘s musical collaborations from the past decade. The 18 songs on the album include duets with such legends as Ray Charles, Willie Nelson, and Dolly Parton, and with 21st Century icons from OutKast to the Foo Fighters. The tracks span Jones’s entire career, and reveal her astonishing musical versatility, from jazz to country, hip-hop to rock. The result serves as a kind of parallel history to her own four albums, which have sold over 40 million copies worldwide.

“BLACK ENOUGH” TO BUILD WEALTH: If we want to create wealth in the black community, we must grow more black-owned bid’nesses!