I pulled out of my garage, excited about driving my newly purchased RED Mercedes-Benz SLK, two seater; convertible. My daughter and I were on our way to get some breakfast one morning, at one of the local restaurants. We traveled down the main road in my neighborhood, which is a bubbling community outside of Charlotte, North Carolina. Coming towards us, traveling on the opposite side of the road, a police cruiser passed by us. A few minutes later, I saw flashing lights in my rear view mirror and I pulled over. I watched the police officer approach my new car with his hand on his pistol (standard procedure, I’m told) he asked me first, if I lived in the area, and I said yes, and then he asked me for my license and registration. He ran a check on my license and everything was in order. He came back and handed the items back to me. Not knowing why he stopped me, because he never said, I asked, “Why did you stop me?” He seemed to get annoyed that I asked, so I quickly thanked him and he turned around and left.
I respect and support the police officers that serve our communities. They put their lives on the line to protect us. So, I wasn’t angry about the stop, but I felt I had a right to know why I was being stopped.
Given the recent violence last week, in the United States, resulting in 5 officers being killed and the senseless shooting of 2 black men, Alton Sterling & Philando Castile, there has not been a shortage of stories on the radio from black and white hosts about these incidents. The talk from most African-American radio talents has been about their encounters with police stops. While, in most cases, the white counterparts were talking about how blacks give reason for officers to stop them. But, all made sure listeners had an outlet to grieve and vent their frustrations.
Here are some tips on being a successful story teller:
1. Be Authentic.
Be yourself and TELL the truth.
2. Write down the main points.
You want to make about the story, in an organized
manner. But, don’t read them, it will make you sound phony.
3. Adhere to the rule.
Who, What, When, Where, Why and How. Tell the facts!
4. Describe the scene.
Great storytellers in radio know how to paint the picture. Radio is theater of the mind. You have to set the stage in the listeners mind to get them to stay with you. Reread my story, see how I painted the picture…
5. Watch the time.
Know how much time you have to tell the story, to get responses, and to move on. Sometimes, topics such as last week’s violence, garner more time than usually allotted, especially on music based radio Radio Station s. Discuss with your program director and get guidance on how much time you might need to cover all the angles.
Radio hosts that tell great stories, capture listener’s attention and emotions. People love the hero stories. One of the heroes in one of the stories from last week was the girlfriend’s 4 year old daughter. The 4 year old was the one who comforted her mother after witnessing her mother’s boyfriend get shot to death. Now, that’s a story!
BTW, I don’t own the Mercedes-Benz anymore. I got stopped several times, for no apparent reason, when driving that car. J
Looking for a talent coach/consultant, email me: [email protected] 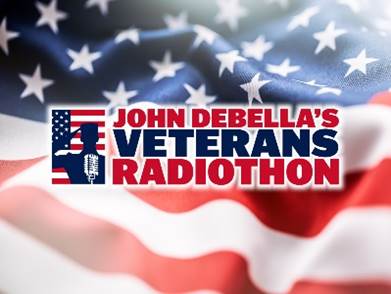