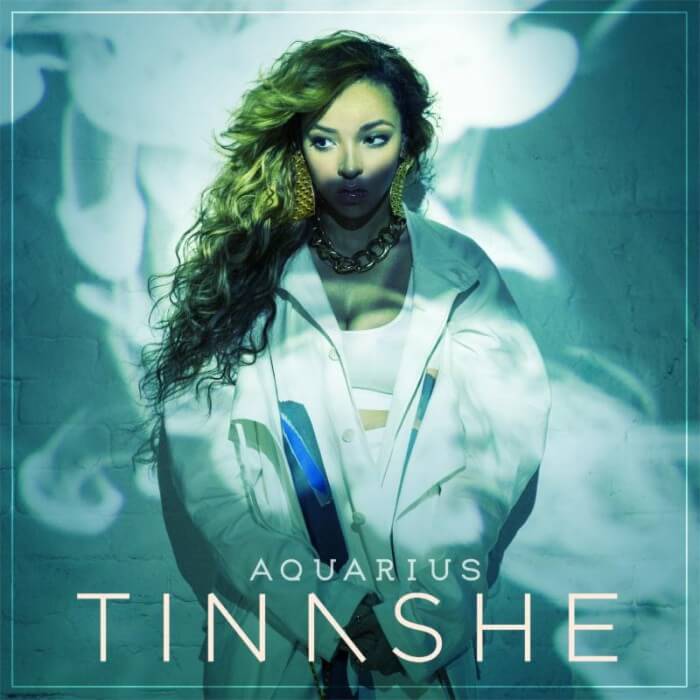 With three impressive self-released mixtapes under her creative belt, Tinashe’s major label album debut, Aquarius, makes its official entry onto the Billboard charts. Released on October 7 via RCA Records, the critically adored Aquarius enters at #3 on this week’s Billboard Top R&B/Hip-Hop albums chart, according to Nielsen SoundScan. Aquarius also topped the iTunes’ R&B/Soul chart, arriving at #1 just minutes after its official release.
Aquarius is being praised by critics for its eclectic mix of songwriting smarts, mesmerizing vocals and forward-thinking production. Billboard declared “Tinashe may be the songbird best primed for superstardom.” The New York Times called the LP “one of the most idiosyncratic major label female R&B albums in years…a gesturally significant album.” Stereogum has dubbed it “the best straight-up R&B album I’ve heard in some time” while the Los Angeles Times says Aquarius “heralds an essential new voice, one that coheres 100 current ideas about women, sex, sadness and musical restlessness in one excellent album.”
Last week, Tinashe made her late night television debut, performing “2 On” on Jimmy Kimmel Live! She was joined by collaborator ScHoolboy Q for their first ever live performance of the chart-topping single. Watch the performance below . The amazing performance will also re-air on October 17th.
[youtube https://www.youtube.com/watch?v=caA0Ilrok1Q]

Aquarius was written and recorded by Tinashe over the span of two years between New York, London and Los Angeles. The album’s dynamic set of songs finds Tinashe at the forefront of modern R&B, with a body of work that nods to her 90’s upbringing with its DNA planted firmly in the future. The album’s first single “2 On” – which many have dubbed one of 2014’s songs of the summer — clocked four weeks at #1 on the Rhythmic Airplay chart and has recently gone gold. The video, which has been viewed over 29 million times, can be viewed here: https://smarturl.it/2OnVideo. Tinashe recently shared the music video for the album’s second single “Pretend” featuring A$AP Rocky, which can be viewed here: https://smarturl.it/PretendVid?IQid=PR.