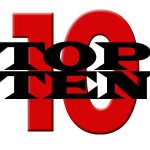 The Top 10 Urban Programmer Winners will be named January 17 in the Radio Facts blog? Have you voted? (industry only please) you can do so >>> here <<<
Here’s what some of our voters had to say about Nominees….

Lee Michaels battled the strong competition and was constantly innovative

James Alexander set the stage for many others to follow.

Barry Mayo is one of the most strategic programmers that I’ve been around.

Vinny Brown was not just a great programmer, he was lots of fun and has a great
sense of humor

Maxx Myrick is the best.

Lebron LBJ Joseph is the best programmer and great to work with.

Gary Young is an amazing programmer

Terry Base the greatest PD ever

Tony Gray is a leader of leaders.

Derrick Brown is a well-rounded PD

Skip Cheatham is a programming BEAST!

G Wiz has consistently made 93.3 THE BEAT a top Radio Station in the Jacksonville
market.

Ron Atkins: I have the utmost respect for his professionalism and skill

Chuck Atkins is a great coach, supporter and most of all a great programmer.

Cy Young is straight forward. I can appreciate that.

Andre Carson’s mind is 10 years ahead of the format.

Elroy Smith- he STILL listens to up and coming talent

Tony Gray-..is the man! He has remained relevant for more than 30 years

Bobby OJay has been a HUGE influence on me and this generation of PDs.

Andre Carson – He has alway been as solid a person as a programmer.

Terry Avery – Great PD’s are like the great football coaches.   She is like a Roy
Williams but sure looks a lot better.”