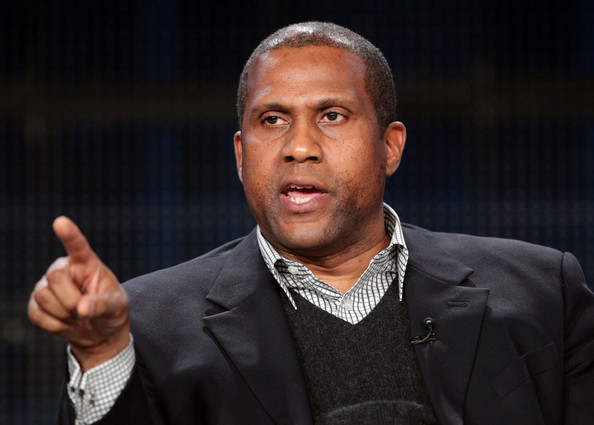 In 2006, Tavis Smiley, along with a team of esteemed contributors, laid out a national plan of action to address the 10 most crucial issues facing African Americans. The Covenant became a #1 New York Times bestseller, and was the central focus of two nationally televised presidential debates on PBS in the 2008 race for the White House, featuring Barack Obama, Hillary Clinton, and Joe Biden.The Covenant ran the gamut from health care to criminal justice, affordable housing to education, voting rights to racial divides.But a decade later:Black men still fall victim to police bullets and brutalityBlack women still disproportionately die from preventable diseasesBlack children still struggle to gain access to a high-quality educationThe digital divide and environmental inequality persistCities from Ferguson to Baltimore burn with frustrationIn short, the last decade has seen the evaporation of Black wealth, with Black fellow citizens having lost ground in nearly every leading economic category.The Covenant with Black America: Ten Years Later presents the original action plan alongside new data from the Indiana University School of Public and Environmental Affairs (SPEA) to underscore missed opportunities and the hard work that remains to be done.”All across America, the vicious assault on the civil and human rights of Black people has outraged citizens of conscience, and led to a renewed sense of social protest and political activism,” says Tavis Smiley, who compiled and edited the new book. “It's not that difficult to understand why a generation that's been politically marginalized, economically exploited, and culturally manipulated would feel so angry and aggrieved. Ten years ago, The Covenant declared that there would be a reckoning if the lives of Black fellow citizens were not valued and protected. What a difference a decade makes; the damage, destruction, and even death is now undeniable.”But is the damage irreparable? As we head into another presidential primary election season, will the plight of Black America be ignored yet again? What ground, if any, has Black America gained during the Obama years? Where does Black America go from here?The Covenant With Black America: Ten Years Later addresses these and other vital questions about the present state of affairs for African Americans and what could be a bleak future for Black America if the warning signs indicated in the new data are ignored.About the Author:Tavis Smiley is the host of the late-night television talk show Tavis Smiley on PBS, and The Tavis Smiley Show from Public Radio International. He is the founder of the nonprofit Tavis Smiley Foundation, now in the midst of a $3-million, four-year campaign called “ENDING POVERTY: America's Silent Spaces” to help focus on alleviating endemic poverty in America. TIME magazine named Smiley to its list of “The World's 100 Most Influential People.”Tour Dates and Cities:Smiley will be on a book tour the week of January 11–15, 2016, in New York City and Washington, D.C. During the same week, his nightly PBS program will focus on The Covenant issues, with panel discussions featuring experts in various fields: Health (Monday, Jan.11), Reclaiming Our Democracy (Tuesday, Jan. 12), Education & The Economy (Wednesday, Jan. 13), Environment (Thursday, Jan. 14), and Justice (Friday, Jan. 15). Each night will also feature a special music performance from all-star recording artists including Tamela Mann, Talib Kweli, Macy Gray, Taj Mahal, and Ben Harper.