Radio and Music Industry News Hassahn Liggins - Modified date: June 5, 2020 0
Radio Facts: SWV made an appearance on the Bethenny show and discussed the problems of the past.

The White Guy Asks….Why is the Black Community Fighting over Sneakers?

Uncategorized Digital and Radio Facts - Modified date: May 14, 2020 2
...that could easily be the question white people could ask and legitimately at that. Many of us will shrug it off like it's not me or my kids but it IS our community. Sneakers? REALLY? How do we defend our community when the naysayers as in conservatives, republicans and racists use this as an example for how out of control our community is? Priorities? Do we have any?  This has got to be the most embarrassing most humiliating thing to watch for black people.  Fighting for some damn sneakers? Can you imagine if the black community fought like this for fair and equal treatment at the corporations that we work for, education, safe communities, black men taking responsibility for their children, drug and alcohol addiction, mental illness? We can only dream....in the meantime, watch the nightmare on video. 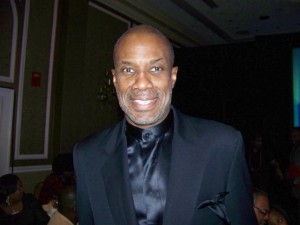 Bishop Noel Jones has been released from the hospital citing back and heart problems. His doctor told him to take it light but Jones insisted on preaching this past Sunday. Jones is said to be under immense pressure from the black church community about the show Preachers of LA.  The concept has not set too well with black churchgoers who feel the show is revealing TOO much about what goes on behind the scenes. Our question to the church people is why can't we see that? We actually enjoy the show so far. We wish Bishop Jones well and we will keep you posted. 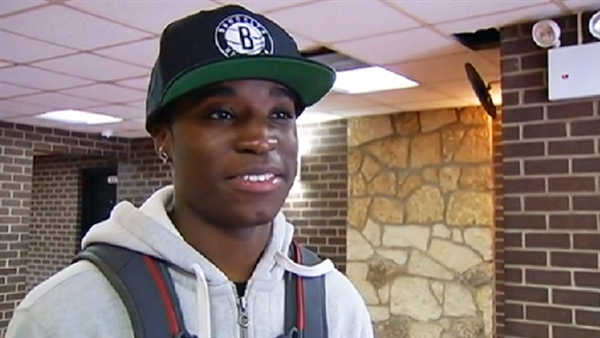 This is one of those stories that really  make you say WTF or maybe ponder the question, what year is this?In the post-racial Obama era, (sarcasm), a 19-year-old college student from Queens says he was handcuffed and locked up in a holding cell after he purchased, YES,  I said purchased a $350 designer belt at Barneys on New York's Madison Avenue because he is "a young black man."Trayon Christian told NBC 4 New York on Wednesday that he saved up enough money from a part-time job for weeks to buy a Salvatore Ferragamo belt at Barneys. I wouldn't personally buy a $350 belt but hey if that is what you want and you have the money, so be it.Back to the lecture at hand.  When he went to the store to buy the  belt in April, he says the checkout clerk asked to see his identification. After the sale went through with absolutely no problems or red flags, Trayon left the store. The college student was approached by police about a block away, and asked "how a young black man such as himself could afford to purchase such an expensive belt," according to a lawsuit filed Tuesday in Manhattan Supreme Court.Police officers apparently took  Christian to the local precinct, where he showed police his identification, as well as his debit card and the receipt for the belt, the lawsuit says. Police  believed Christian's identification was fake, and eventually called his bank, which verified that he was indeed exactly who he said he was and the purchase was absolutely authorized.  At that point Trayon Christian, who has never been arrested and has no record, was released.Trayon was quoted as saying, "Why me? I guess because I'm a young black man, and you know, people do a credit card scam so they probably thought that I was one of them.""They probably think that black people don't have money like that."Trayon actually returned the belt to Barneys after the ordeal because he says he "didn't want to have nothing to do with it." He is now suing the city and Barneys for an undisclosed amount as a result of "great physical and mental distress and humiliation." Christian's attorney, Michael Palillo, told the Post, "His only crime was being a young black man."Barneys said in a statement Wednesday that none of its employees was involved in any action with Christian other than the sale, and added that the store "has zero tolerance for any form of discrimination."

Black Women Digital and Radio Facts - Modified date: May 15, 2020 4
We'd like to congratulate Don Lemon on his new gig as a commentator on the Tom Joyner morning show. The show has seen several changes over the years and its a great thing to bring someone in like Don in who the black community doesn't quite know how to take. He comes in as an open book, being very transparent about who he is: an unapologetic, professional, highly respected, successful openly gay black man who lives life on his own terms. He is extremely courageous and an anomaly by all entertainment industry standards.  In a way it's almost humorous because the black community is not used to this. We are used to assuming, questioning and putting people in boxes so that we can categorize them to make ourselves feel comfortable, we are NOT used to someone coming to the table who is confident in who they are no matter what we think without our input of who we want them to be. Don is in a great position to be a leader in the community. Considering past commentators on the nationally syndicated Tom Joyner morning show and the recent changes, Don is a great choice as an addition to the show. Now the question becomes what does he have to say? This position must be taken wisely and cautiously and while news might be Don's game ...Radio is ours and we want to see him succeed. Therefore we are offering a few tips to make his transition to syndicated radio as smooth as possible. This advice is not just for Don but for ANYONE who works in syndication in Black radio and is new to it. (click "next'" to read more)

If you ask young black men to be responsible and  to pull up their pants, love themselves and be better than you, you are asking a LOT for kids who come from single-parent homes where their fathers were the streets and their mothers were overwhelmed by responsibilities because of their bad choices in men. If you see a group of black boys on the street and you cross over by yourself or with your white or Latin friends etc, instead of walking past them and acknowledging them it is not fair to advise them. While they may not be right in what they do, they are outrageously keen and know game when they smell it and they will expose it as inauthentic. Its very easy for us to sit back and judge the way a black boy acts but we should know and understand the origin of that and understand what often appears to be choices but may in fact be his perceived limited options. That is the benefit of being from the community, we know and understand, otherwise we are merely being Bill O'Reilly and Rush Limbaugh, two well-paid dickheads who base their opinions of blacks on questionable news sources and limited statistics based on small samples of blacks from questionable populations multiplied a million times to reflect the entire race.Radio Facts is constantly on Black radio stations for this very reason, stations must not ONLY rely on statistics/research from companies who don't know the community, but they must also go out and get to know the community too.  Too often, and I have been guilty of this too, we make a certain amount of money and feel that we have arrived and get as far away from the black community as possible but stand on our thrones and base our success on their lack of desire to succeed. They are not us and we are not them and if we don't go back into the community to mentor and guide our advice and judgement is useless.

Urban radio DJs are for the most part corporate-controlled and the corporations are extremely protective of their brand. We get this and we don't get it. If a DJ is on the air he should AT LEAST be able to promote his show but how much can he promote when he is limited in what he can do?  What good is a tweet that says "I followed the format today?" Urban DJs  are not often allowed to have opinions or to step outside of a modern-day "record player" who plays the hits. I would not last 60 seconds working for a corporation today because I have to love what I do and enjoy it. There are a LOT of black potential leaders in Black radio working on the air as DJs but they have to follow protocol or they may not only be fired they could end their own careers. The options are EXTREMELY limited for Black DJs today so we understand why they do things the way they do them. It is YOU (Mr. Lemon) that is in the position to use your leverage to lead.

4. Pick the Attacks on the Black Community Wisely

There is a reason church is only once or twice a week. Black people don't like to be preached to too much. They are beyond aware of what the problems are within the community but they are frustrated in finding solutions and leaders and when that happens we often give up. I'm sure you understand the problems in the black community in large part are due to external circumstances: joblessness, poverty, education, judicial system, addiction etc FIRST... the trick is to pull ourselves up from that and still prosper.

You are talking to a large audience of mostly single black women.  I'm sure you know this already . It's for everybody else to know.

6. Balance is the Key

Plan ahead, WAY ahead if possible about subjects you are going to cover and make friends with a couple of major market black PDs who you can shoot your ideas past. They would be an excellent source for topics and how the audience will respond. Of course I'm talking about those who run the Tom Joyner Morning Show (TJMS)  and beyond, I'd be happy to forward a couple of references.

Tavis still has many of us in and out of the industry scratching our heads over his obsession with President Obama, it's hard to watch him publicly continue to fight a battle he has already lost. The amazing thing about him and Kevin Frazier is how great they are at things OUTSIDE of the black arena. Tavis is EXCELLENT as the host of the PBS show where he can talk to ANYONE and it appears genuine and comfortable for him and Kevin was EXCELLENT when he covered sports. He seemed to really come to life when he did that. I'm not too familiar with Roland except for his faux pas with GLAAD some time back. Finally, we wish you good luck in your new gig.
123Page 1 of 3