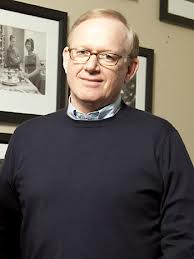 In a statement released by Universal Music Group’s Chairman/CEO, Lucian Grainge, he announced that Steve Barnett has been named as the Chairman/CEO of Capitol Music Group.”As we begin to invest in and revitalize EMI globally, the Capitol Music Group, including Virgin, will play a central role in our creative and commercial initiatives. And there is no one better to spearhead this than Steve,” stated Grainge. “His entrepreneurial approach and intuitive ability to build, strengthen and transform artists into powerful global brands has resulted in remarkable success. I’m confident that under his leadership, a new and reinvigorated Capitol will provide the kind of environment needed for artists to develop, resulting in more opportunity than ever before.””Throughout my career in music, I’ve always been keenly aware of EMI’s impact on the world’s culture, so I could not be more excited and grateful for the opportunity Lucian has given me to build the Capitol Music Group into an exceptional record company,” added Barnett. “I greatly appreciate his confidence in me, and I will work tirelessly to create a welcoming and supportive home for great artists while carefully tending the hugely important catalogue that defines the Capitol legacy.””It was not an easy decision to leave such a successful company as Columbia, with its incredibly talented artists and the team of people who work so hard on their behalf,” continued Barnett. “However, I know that the label is in great hands and I wish them all the best in the future as I move on to my new company home.”