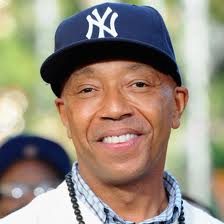 Hip-Hop Summit Action Network (HSAN) along with PHILANTHROPIK are pleased to present the HIP HOP INAUGURAL BALL II in celebration of the Hip-Hop community’s role in the 2012 Election and promoting political awareness. Actress and television personality LA LA ANTHONY together with actor and E! News anchor TERRENCE J will host the black tie, charity gala at 8 p.m., January 20, at The Harman Center for the Arts, 610 F Street, N.W., Washington, DC.The brainchild of event chairs Russell Simmons and Zach McDaniels , the HEINEKEN USA sponsored Hip-Hop Inaugural Ball will once again be the hippest and hottest ticket of the Inaugural weekend, celebrating the hip-hop community’s role in popular culture and the 2012 election. 2 Chainz, John Legend, Eva Longoria, Swizz Beatz, Pharrell Williams , Jadakiss, Brandy, LOS, Tank, Lance Gross , 9th Wonder and Raheem DeVaughn and more will be amongst the many in attendance to celebrate the role that hip-hop played in registering and mobilizing voters during this election cycle.The highly anticipated evening promises exclusive performances, reunions, unbelievable collaborations and great music from legendary artists including Hip-Hop DJ D-Nice and Hip-Hop Icon Doug E. Fresh and will also award and recognize those artists and (read more click next)organizations that have impacted and influenced the hip-hop and youth communities to be active, politically and socially.A special treat: hip-hop violinist Damien Escobar from the group Nuttin but Stringz (America’s Got Talent) will perform, as will Wayne Brady and Meek Mill, Marsha Ambrosius . Charles “ROC” Dutton and Jadakiss will give us a sneak peak at their new movie “Must Be the Music.”Lifetime Achievement honoree MC Lyte will be honored with a special tribute performance by fellow ladies of hip-hop Yo-Yo, Smooth and Lil Mama. The Human Beat Box , hip-hop legend Doug E. Fresh will also receive a Lifetime Achievement award.This year, special acknowledgment will be made in recognition of the role the Hispanic/Latina hip-hop community played in galvanizing large numbers of Hispanics to vote by honoring VOTO LATINO . Actress Rosario Dawson will accept an award on behalf of Voto Latino, the non-partisan organization she co-founded to bring new and diverse voices into the political process by engaging youth, media, technology and celebrities to promote positive change.A special recognition will be given to honor Dr. Benjamin Chavis , HSAN President, and his work as a mentor and advocate within the hip-hop community and for his life-long commitment to the Civil Rights Movement. The governor of North Carolina recently pardoned him and ten others who were falsely convicted and imprisoned for arson in the historic “Wilmington Ten” case.The party will continue throughout the venue after the awards and performances with Legendary DJ D-Nice and DJ Lil Mic on the one’s and two’s.The Hip-Hop Inaugural Ball sponsors, HEINEKEN USA , Argyleculture, BACARDI, and Murphy, Falcon & Murphy, represent a corporate community committed to supporting a lifestyle focused in conscious living by supporting the diversity of thought in the hip-hop community. The host hotel is the Renaissance Arlington Capital View – for reservations visit www.renaissancearlington.com or call 1-800-228-9290 (use group code “hhbhhba” or mention the Hip-Hop Inaugural Ball for special rates). Online media partners are Global Grind (www.globalgrind.com) & The Young, Black and Fabulous (www.TheYBF.com) ““ two of the most popular online destinations chronicling celebrity and entertainment news.The Hip-Hop Inaugural Ball validator partners, The National Association of Counties, Congressional Black Caucus Foundation, Impact and the Hip-Hop Caucus/RESPECT MY VOTE, share the commitment to the national community to support non-partisan civic engagement.The Hip-Hop Inaugural Ball is a charity fundraiser with all ticket proceeds going to PHILANTHROPIK, a non-profit committed to supporting programs and initiatives that empower the community and inspire young people to be philanthropic.FOR TICKETS GO TO: www.eventfarm.com/HIB2013For updates check:Facebook: Hip-Hop Inaugural Ball 2Twitter: @HIB2013, #dopestballever and #HIB2013

Radio FactsAugust 6, 2010September 19, 2022
August 6, 2010September 19, 2022
FacebookTwitterInstagramYoutube
We use cookies on our website to give you the most relevant experience by remembering your preferences and repeat visits. By clicking “Accept”, you consent to the use of ALL the cookies.
Do not sell my personal information.
Cookie SettingsAccept
Manage consent