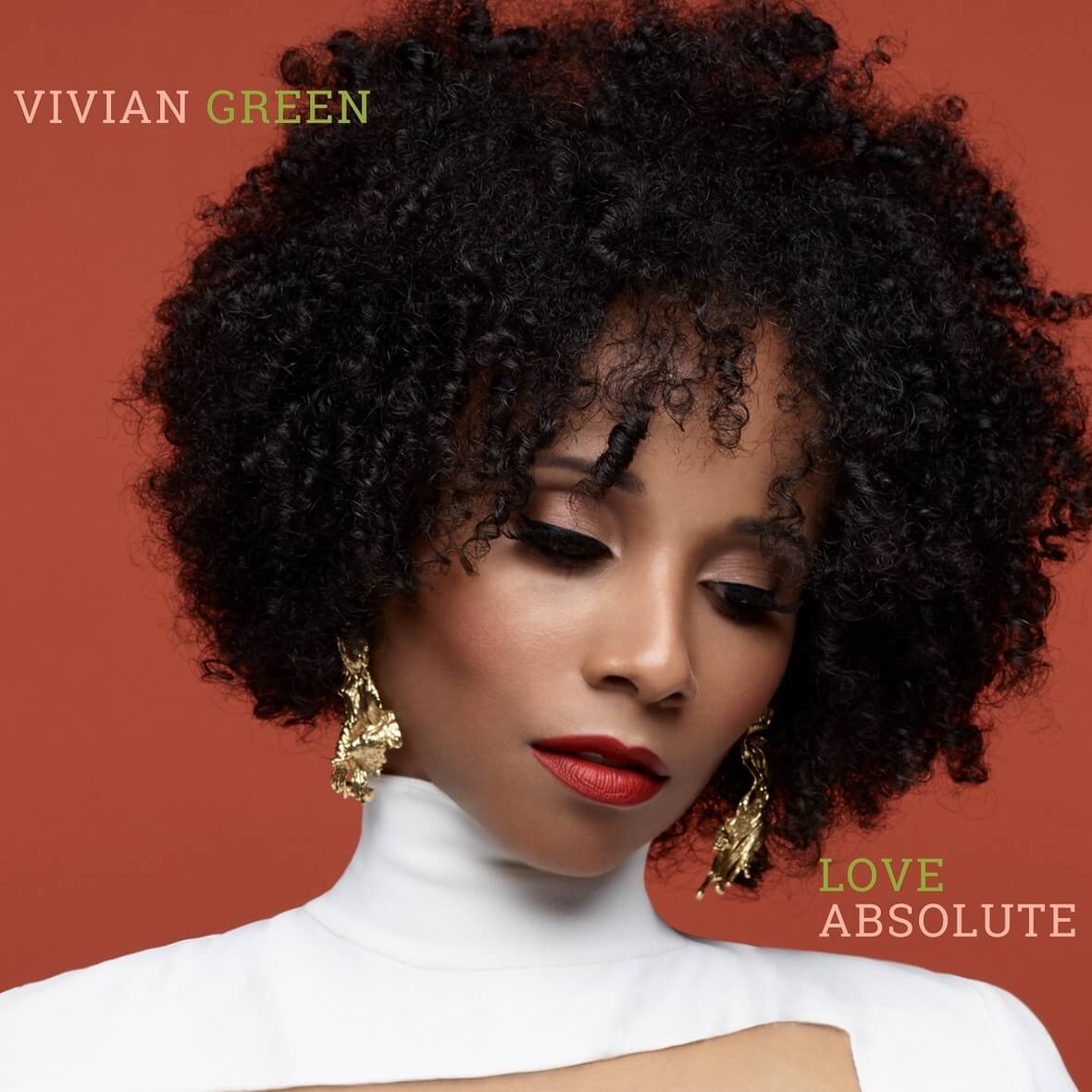 “LOVE ABSOLUTE” will be globally released on Friday, November 13th, via the Make Noise/SRG ILS/UMG label imprint. The album is officially available for pre-sale now and with the pre-order purchase fans are able to download and stream, “You Send Me”. Also on Friday, October 30th, fans will receive another treat from Vivian as the song “Where You Are”, will become available on all streaming platforms with the pre-order of the album.

“You Send Me” was written by Vivian Green and co-written and produced by Kwamé Holland. The kick-off song was just world premiered on RollingOut.com to rave reviews. LOVE ABSOLUTE features guest appearances from Ghostface Killah, Internationally renown saxophonist Mike Philips, family members including her sister and son Jordan.

“I felt liberated to explore what was in my head without a spotlight, judgment or criticism, while recording Love Absolute,” mentions Vivian. “I began writing songs at the piano when I was just eleven years old. For me it is the purest expression of songwriting.

My voice and the keys serve as vessels of the music in my head. In my solitude and away from the studio. While that surely comes later, I prefer the raw expression to come first, because there is certainly magic there. That magic is what makes “Love Absolute” different from my previous albums.”

“Every ballad and mid-tempo began at the piano. I went back to the genesis and purity of my craft. While there are tracks on previous albums that came about this way, I never intentionally and insistently made half of an album from scratch,” she recalls.

“I’ve listened to “Love Absolute” many times and I must say that it’s wonderfully versatile and beautifully cohesive. It’s gentle, tough, regretful, sexy, honest, loving and gives fans a look into my life. It also conveys self-love; love of my people; love of jazz; love of my privacy; and love of love. I haven’t made an album this honest in some years,” adds Vivian.

Vivian shares, “Kwame was the perfect producer to make this album with, because it’s NOT his preference to write this way. He is one of the most talented persons I’ve ever met and when he is out of his comfort zone, his versatility and genius just soar.

The up-tempos and harder tracks are certainly his expression and the softer tracks are mine. We truly balance each other creatively. A few of my favorite tracks on the album includes; “That Kinda Pain”. It’s raw, dark and goes pretty hard. “Where You Are” is probably the most soulful track on the album. It expresses how much I love being with my love.”

“In “We Are Everywhere”, I remind us of how large the trade was, how spread out we are, and how we share the same struggles. “Light Up”, another one of our signature “bangers”! Coming up in a “Wu Tang” household, I couldn’t have imagined that I would have such a hot record with Ghostface Killah.

Lastly, “Harlem Blues”, featuring saxophonist Mike Phillips is a song I’ve loved for many years. As a teenager, I used to sing it in talent shows or anytime I was prompted to sing. I’m so excited for people to hear this interpretation and Mike Phillips’ performance is just brilliant,” says Vivian Green.