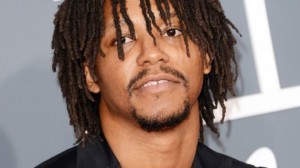 According to TMZ, Lupe Fiasco is may be in a little bit of trouble. Allegedly Lupe is being sued for hiding millions of dollars from a drug lord’s wife in order to keep her from getting the cash in their ongoing divorce. The Chicago emcee is being sued by the estranged wife of convicted drug lord Charles Patton, who’s currently serving a 44-year prison sentence for running a huge heroin empire. According to the suit, Patton’s estranged wife believes Lupe Fiasco conspired with Patton to divide up a total of $9 Million into several bank accounts. Again this is what the wife is alleging in the lawsuit. Lupe’s lawyer has already said that the allegations are completely false. Let’s hope that they are false because we don’t need any more rappers in trouble.