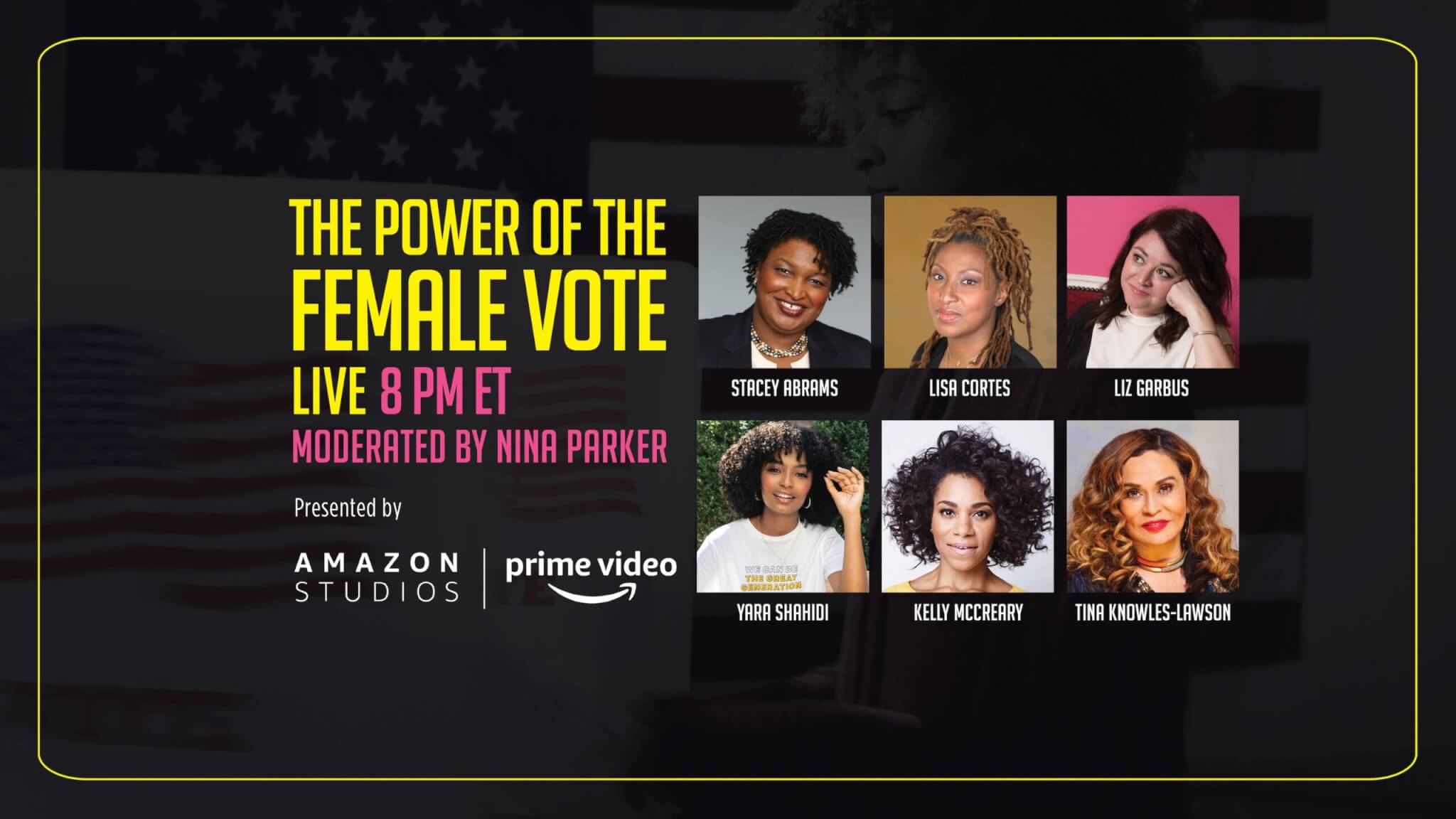 Amazon Studios and the American Black Film Festival (ABFF) have teamed up for the ‘The Power of the Female Vote’ virtual panel discussion, on behalf of the upcoming voting rights documentary ALL IN: THE FIGHT FOR DEMOCRACY. The documentary features Stacey Abrams, the first Black woman to become the gubernatorial nominee for a major party in the United States, and the founder of Fair Fight Action, the nation’s premier organization battling voter suppression.

Directed by Oscar-nominated and Emmy-winning filmmaker Liz Garbus and Oscar-nominated filmmaker Lisa Cortés, and produced by Garbus, Cortés, Academy Award-winning producer Dan Cogan and Stacey Abrams, All In: The Fight for Democracy examines the often overlooked, yet insidious issue of voter suppression in the United States. This timely topic is sure to be of value in one of our country’s most critical Presidential Elections, ever.

In a year where ABFF has more female directors represented than any year before, join us for a LIVE and compelling all-women panel on Thursday, August 27 at 8 PM EST at https://www.abff.com/. ‘The Power of the Female Vote’ will be a discussion with panelists Stacey Abrams (Fair Fight Action Founder), All In: The Fight For Democracy co-directors  Lisa Cortés and Liz Garbus, philanthropist Tina Knowles-Lawson, and actresses/activists Yara Shahidi (Grown-ish)and Kelly McCreary (Grey’s Anatomy). Media personality Nina Parker will moderate this educational conversationof unique social and civic voices as they dive into the impact and importance of engaging women of all races on voting issues and initiatives. Tune in to watch these dynamic women discuss the history of voting rights, activism, and give a spotlight to the threats to U.S. civil rights; all issues highlighted in the new documentary.

The ABFF is committed to the community and bringing together Black artists to share their work while challenging, encouraging, appreciating, and uplifting. Now in its 24th year, the festival will include panels ranging from the business of Hollywood to spotlights on new films and television.

All In: The Fight for Democracy will open in theaters on September 9 followed by a Global Premiere on Amazon Prime Video on September 18 ahead of National Voter Registration Day.