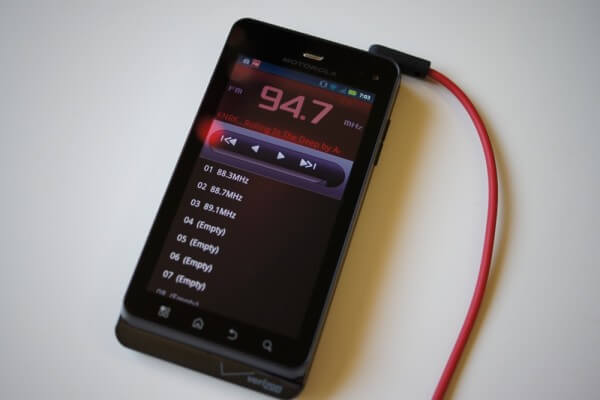 The Indiana State Senate adopted Senate Resolution 28 “urging wireless carriers to activate the FM radio receivers in smartphones”. The Senate Resolution focused on the need for Indiana residents to have direct access from their smartphones to the emergency information broadcasts of local radio Radio Station s. Activating the FM receiver in smartphones would provide immediate access to a radio in the device most residents currently carry even in the event that wireless data networks become unavailable or overwhelmed.
The resolution outlines the consumer benefits of an activated FM radio in smartphones including radio’s accessibility during an emergency, light battery usage, and non-reliance on internet data to function. Also noted was the fact that smartphones currently sold in the U.S. have this FM radio ‘chip’ already present and would require minimal effort to activate, allowing owners of these phones to listen to local FM radio Radio Station s throughout the United States.
Presently, major wireless carriers in the United States have not taken steps to activate the FM chip in the smartphones they sell, and as they profit from the consumer data usage of streaming media, do not feel compelled to provide a free alternative. The current exception is Sprint, which has provided FM radio access in new Android devices sold since September 2013.
Similar legislative actions are set to take place in other states. They send a message to the wireless industry that the representatives of the people would like to see measures enforced that benefit and help protect their constituents.