The industry just lost an industry icon Doug Banks to complications from Diabetes. He dealt with the deadly disease for years as many in the community continue to do but sadly, he is not the first person in the industry to suffer from the complications of this horrific and deadly disease that is continuing to affect our community at higher rates including black children. You don’t have to be overweight to get a diagnosis. Diabetes is by definition: “a metabolic disease in which the body’s inability to produce any or enough insulin causes elevated levels of glucose in the blood.”  The end result of untreated Diabetes can range from high blood pressure, cholesterol issues, limb amputation, stroke, heart attack, kidney disease and even death. It’s incredibly hard to break old habits but it can be done.
The late comedian Patrice O’Neil made a tasteless and dark (but yet funny) joke about his own Diabetes when he admitted his doctor gave him a severe warning to change his lifestyle and eating habits or he was going to suffer the consequences. He said on stage during a performance, “I had to ask myself, do I really NEED my right foot?”  He died shortly thereafter from a massive stroke. His situation was nothing to laugh about at the end of the day but it also shows how we are addicted to the food substances that are killing us no matter what the consequences.
Diabetes is only complicated or a death sentence when it is either; untreated or discovered too late. I myself was pre diabetic after I stopped going to the gym for a while and gained weight and had to take drastic measures to fix the problem but I’m not sure many black folks realize that you can actually reverse diabetes (not cure) by taking a few simple steps that could save your life (and limbs). Quite often in the black community we are plagued with the following which puts us at the highest risk of developing the disease. Perhaps we don’t consider these things too often. (click NEXT after each segment) 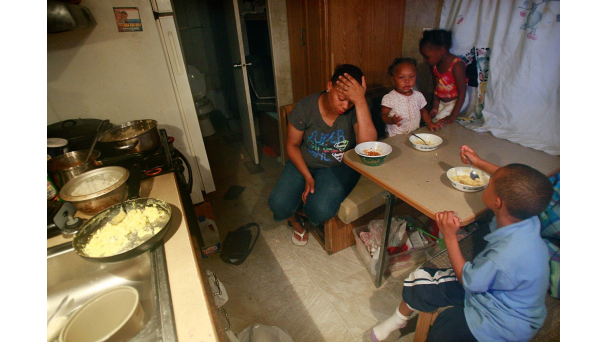 The American diet is horrific. There is no way around it but when you have been impoverished the habits are ingrained. You are a creature of habit and think that you have little choice in what you can eat. Our history as blacks in this country may have allowed us to be very creative with our food choices and recipes but we are paying the cost for what we call “Soul Food” as you read this. Poverty is a leading cause of poor eating habits. Cheap foods have the worst balance of chemicals, a severe lack of nutrients and are loaded with sodium for preservation and sugars. Contrary to popular belief in the black community “sugars” are not just in sweets they are literally in damn near EVERYTHING processed that are not FRESH vegetables or meat. The body does not know how to digest carbohydrates (that are not complex based) so when we ingest them they turn to sugar. This includes all processed foods that we enjoy like: breads, noodles, grits, fried chicken (coated with flour), cornbread, mac and cheese, french fries and of course sweets which are the highest in processed sugars. Sweets alone don’t cause Diabetes, as most people think a consistent overload of too MANY sugars cause Diabetes which is found in, once again, anything that is not meat or vegetables. Even Fruits are loaded with sugar but fruits are not processed so the body can digest it better. (click NEXT above or below post)

NOT EDUCATED ABOUT FOOD


The onus is on us. We certainly have the resources to learn. When was the last time you saw a black person read a food label in the grocery store? Perhaps we don’t want to learn or give up our favorite foods but we must understand eventually, or even sooner than later, there will be an additional price for that food. (click NEXT above or below post) 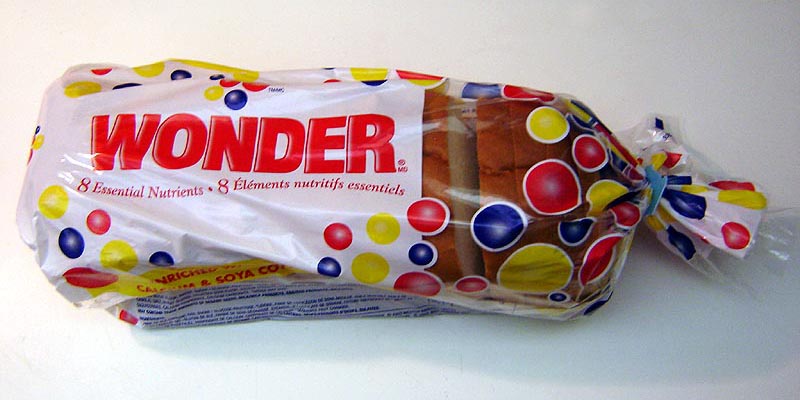 When I was a kid every kid in the neighborhood got home before their parents and we would eat hot dogs and bologna or peanut butter and jelly sandwiches with (of all things) Wonder bread. In the morning we had cereal or our mothers, when they had time would make eggs and bacon, not the BEST choices but NOTHING like what kids eat today. While these foods were horrific when it came to nutrients, going to McDonald’s was a treat for my generation and happened on rare occasions (and the food tasted better then too, this was before the introduction of every chemical and dye ever created). The advent of the drive thru has made us lazy as hell and today’s parents go to McDonald’s daily now with kids in tow and the corporation has made it as convenient as possible to help us kill ourselves and our children. The food is not that expensive and it beats cooking but it’s killing our community and training our kids to carry on the tradition. (click NEXT above or below post) 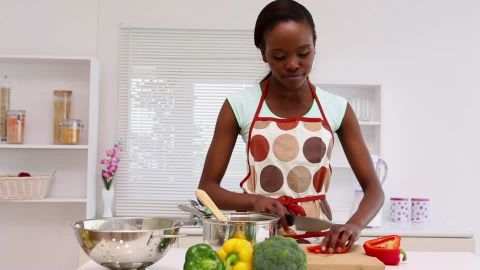 Granted we are tired as hell after a long days’ work but even if it’s not McDonald’s most food that you order out is going to be loaded with something unhealthy. Yes it’s convenient but it’s also addictive. (click NEXT above or below post) 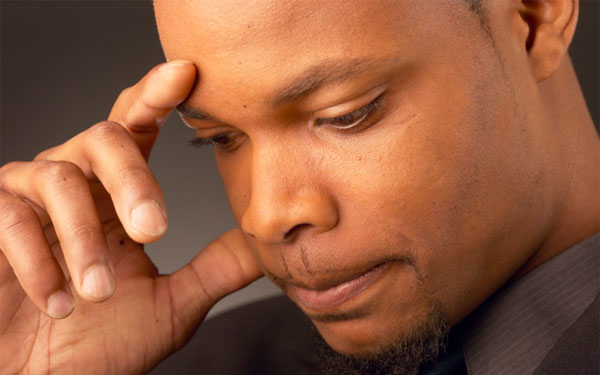 Stress will make you eat damn near any and everything to calm your nerves and it works, problem is it also works AGAINST us. Carbs and Sugars have a calming effect on us and they also make us tired. It’s like a drug that helps us escape but if you go to sleep after eating Carbs and Sugars the body immediately puts on weight. (click NEXT above or below post) 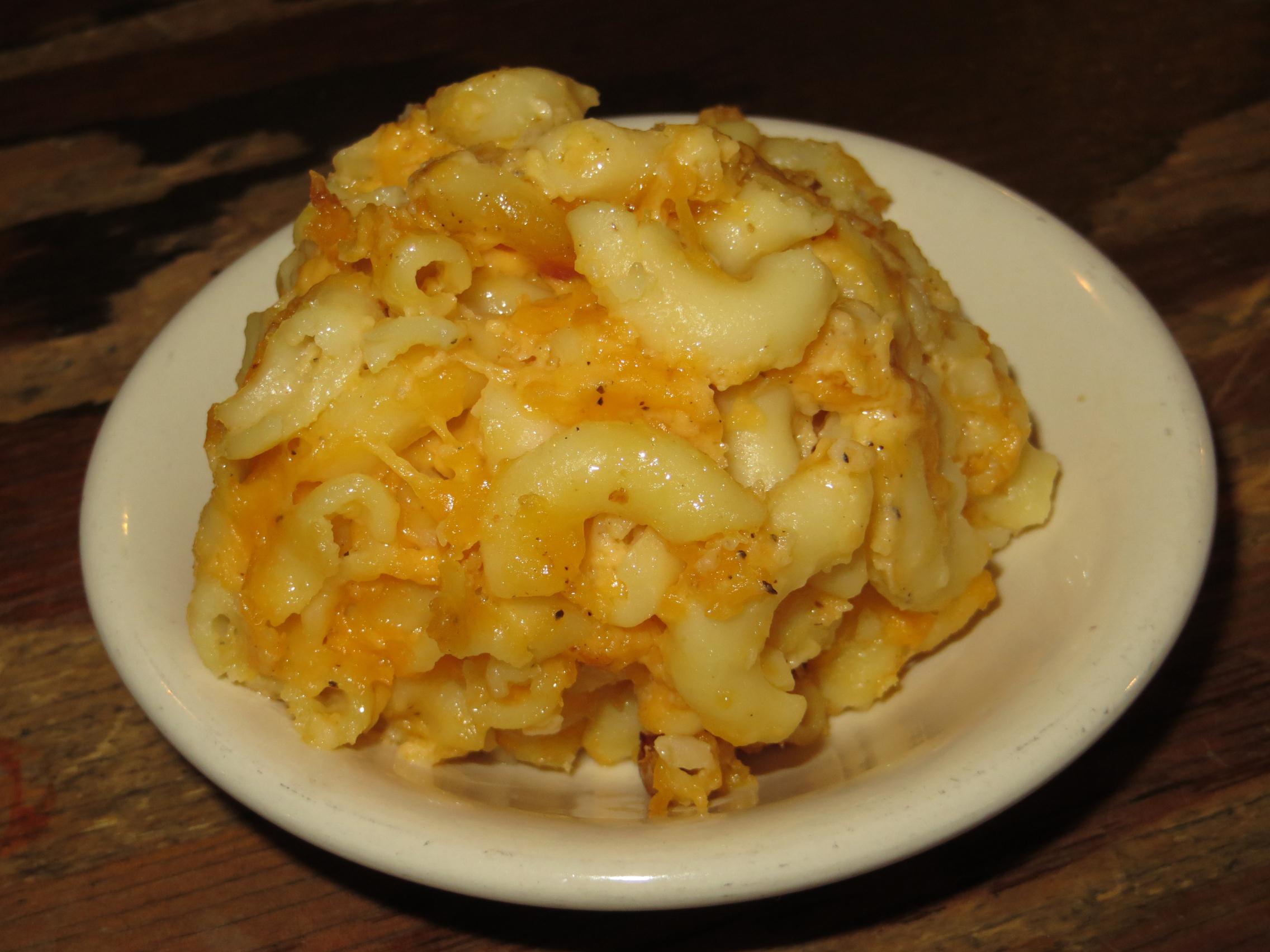 How many times have you been to an event where Soul Food was served? Cornbread, Collards, Fried Chicken, Peach Cobbler and let’s not forget the Mac and Cheese. Believe it or not the Mac and Cheese ALONE (one cup serving) by the way WE cook it (butter, cheese, dairy) is more than we need in an ENTIRE DAY if not MORE. Then you add the Cornbread and the Fried Chicken and Cobbler and you might as well get rid of your seat and pull up a casket to lay in while you eat at the table. I know, it tastes good but it’s also killing us. (click NEXT above or below post) 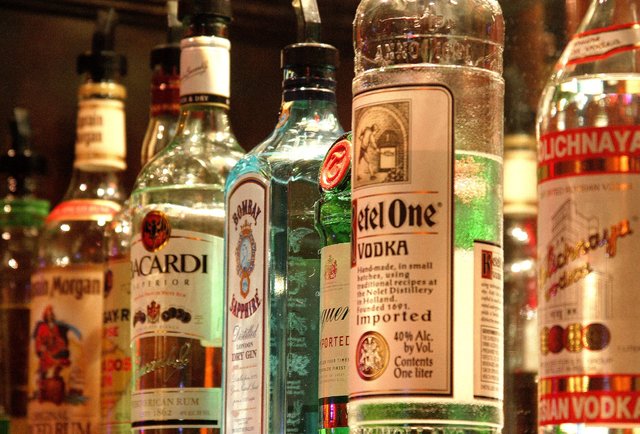 Sorry to inform you if you don’t already know PURE SUGAR. I don’t believe the theories about a glass of wine a day being good for you. That’s like saying a hit of meth a day is good for you. Liquor is all sugar and it’s incredibly addictive. I’ve known a LOT of Alcoholics in my day some who have been for over 20 years and still swear they can quit anytime they want to but as you get older Alcohol will put on the pounds rapidly because it completely turns to sugar in the body so beware. (click NEXT above or below post) 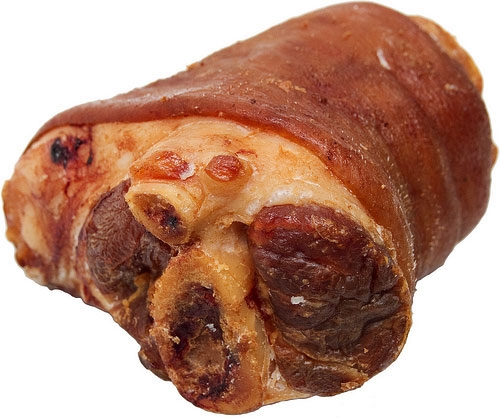 True enough, I know of at least one really old lady that lives in Macon that loves to eat the fat off a hammock and she is as healthy as a bull but those cases are rare. Let’s be serious. Just because we’ve been doing it all our lives doesn’t mean it won’t eventually kill us. (click NEXT above or below post)

NO NUTRITIONAL VALUE IN OUR VERION OF COOKED VEGETABLES 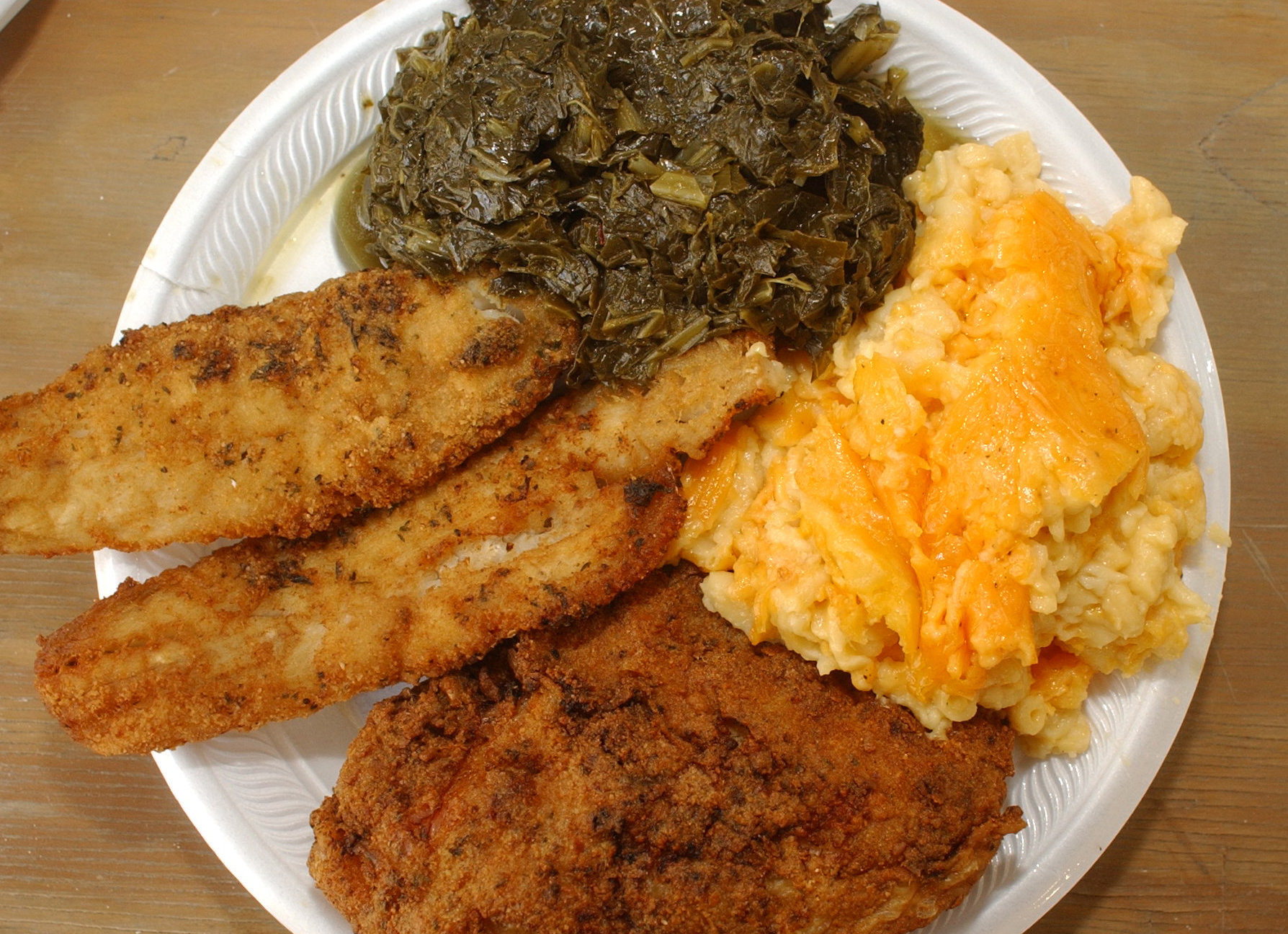 Vegetables are an amazing source of Vitamins and Minerals but not the way WE cook them. Or should I say OVERcook them. Collard Greens should still be firm when you eat them sans the hammocks, smoked turkey and or whatever other meat.  We do the same with String Beans, Cabbage and all vegetables we OVER cook them. If you asked a black person to steam their vegetables you might get knocked back into last week but it’s the healthiest way to eat them. Overcooking destroys most if not all nutrients. (click NEXT above or below post)

ADDICTION TO WORK AND CAREER 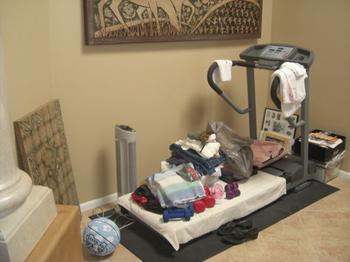 I have to admit, this was my problem. I can see why producers, writers and bloggers are often bloated. You get so into your work and the lifestyle that making a salad will disrupt your flow. If you’re not in a relationship at the time or have a cook, you try to kill two birds with one stone and get out to get some fresh air and buy something bad to eat that’s quick instead of walking to the grocery store and cooking something. I can’t tell you how many of these people who I know who have Diabetes from their poor habits. (click NEXT above or below post) 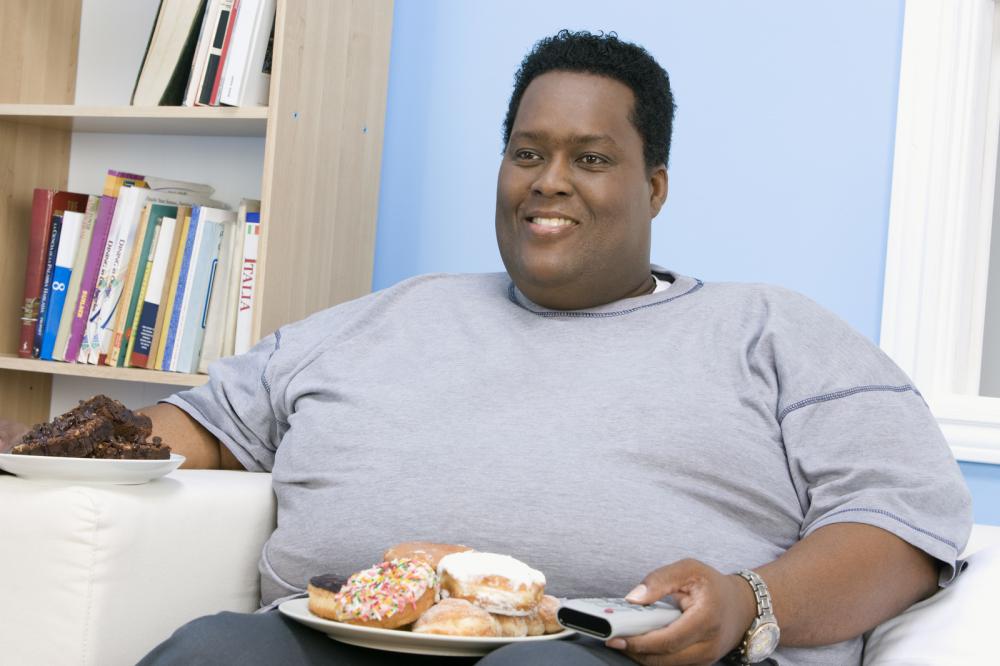 I can’t believe this guy agreed to take these pictures. Is it me or does he look like Luther, who unfortunately by the way had a stroke because of…. Diabetes. Diabetes can affect you even if you are not fat, it can be hereditary but it’s also about your food choices but being overweight is certainly a contributing factor and LOSING the weight even 10 to 20 pounds could literally turn the situation around in your favor and help you to gain control of the situation PROVIDED you get your blood checked in time. (click NEXT above or below post) 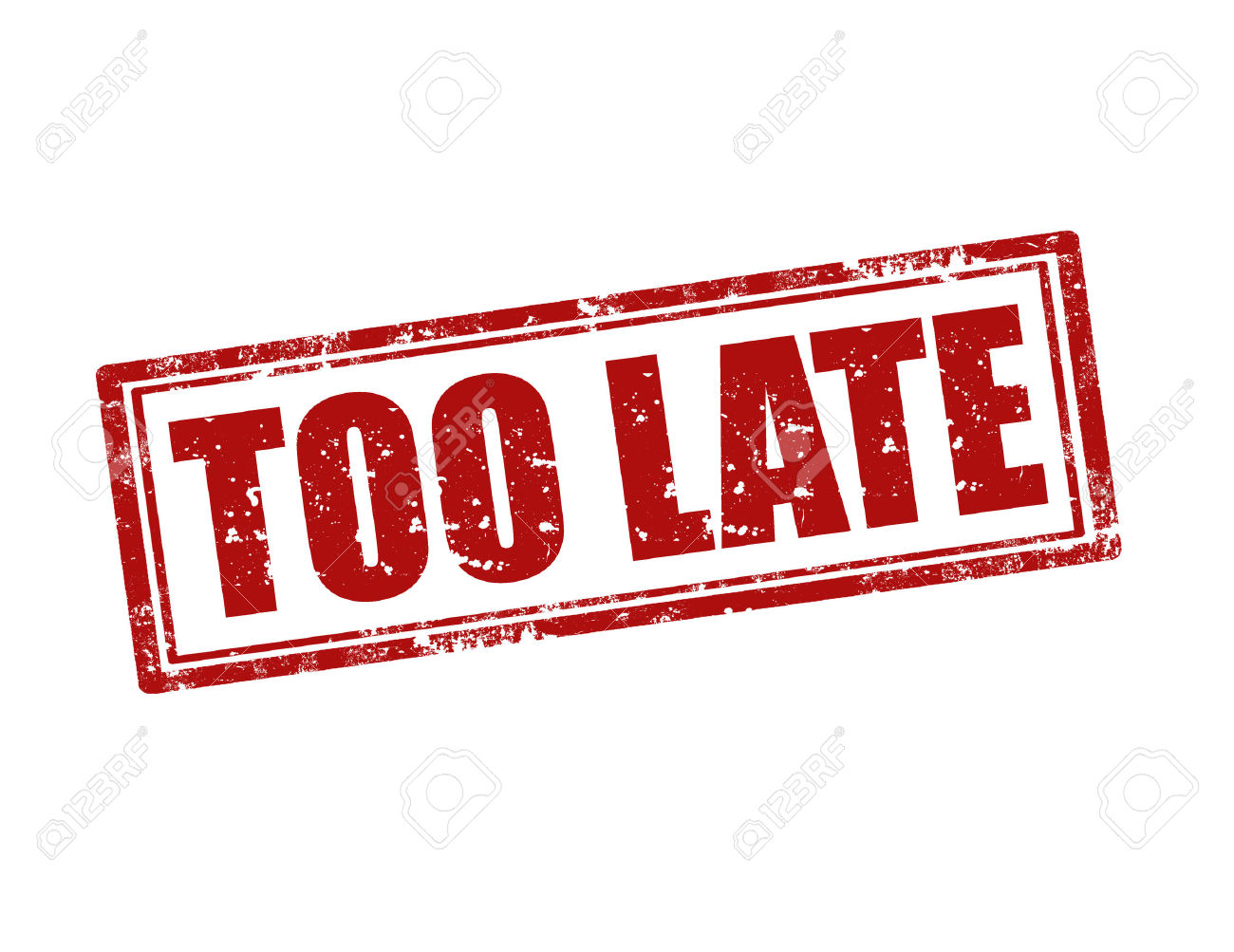 Black people ESPECIALLY Black men wait until a leg falls off to go to the doctor even though we saw it happening for 3 years beforehand. We wait too late to take care of ourselves to the extend that it’s guaranteed something is wrong. If you have insurance USE IT and get you’re an entire physical including comprehensive blood work once a year, it can and will save your life.

You don’t have to give up the foods  you love you just have to eat a LOT less of them. Consult with your doctor for solutions. My best