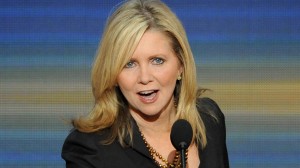 Filed Under WTF: Should all poor people not have health insurance and continue to die?Blackburn Unveils American Health Care Reform ActRSC proposal provides alternative to broken promises of ObamacareWASHINGTON – Congressman Marsha Blackburn (R-TN) today joined fellow members of the Republican Study Committee (RSC) in introducing legislation to replace Obamacare, the American Health Care Reform Act. The RSC bill addresses the rising healthcare costs being experienced as a result of the implementation of President Obama’s disastrous health care law.This legislation lowers healthcare prices first by allowing the purchase of health insurance across state lines and permitting businesses to pool together in association health plans in order to drive competition. The plan replaces a Washington-mandate with interstate competition, allowing market forces to encourage efficiency and pass cost-savings on to the American people.“Those of us in Tennessee learned through TennCare that when you gamble that short term expenditures on mandates will be made up by long term savings, you always lose,” Blackburn said. “That is exactly the same bet Obamacare is making, and why it will fail to deliver on all the promises Democrats have made. Our replacement bill fixes this failure by lowering prices first, through encouraging market competition.“The high cost of health insurance is the biggest impediment to getting coverage. In fact, nearly two-thirds of the uninsured are the working poor, and they continually cite the high cost of insurance as the primary barrier to accessing health coverage. Under our plan, access will expand when the cost of health insurance comes down and allows more hard-working Americans to afford coverage.”Joining Congressman Blackburn today at the press conference to unveil the American Health Care Reform Act were: RSC Chairman Steve Scalise (R-LA); RSC Health Care Working Group Chairman Dr. Phil Roe (R-TN); Rep. Renee Ellmers (R-NC); Rep. John Fleming, M.D. (R-LA); Rep. Paul Gosar (R-AZ); and Rep. Todd Rokita (R-IN).