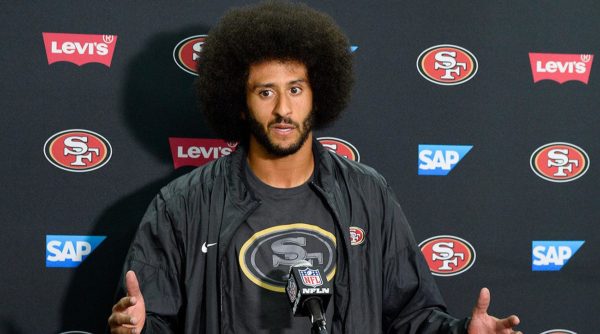 For all the people that said Colin Kaepernick is doing this for attention, he has now made a pledge to donate $1 Million of his salary to help communities in need.  That's a fair amount of money to pay for attention. Instead of standing for the National Anthem, Colin has also decided to kneel in honor of the military although he said from the beginning his protest wasn't about the military. Check out the clip below.