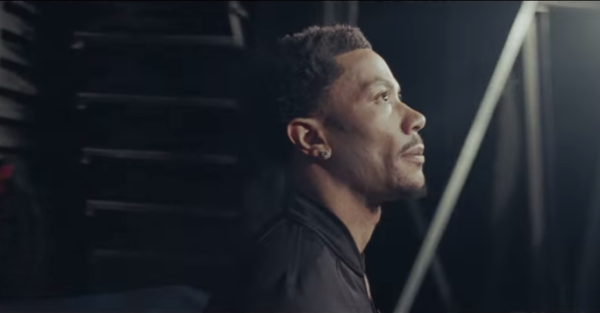 Tupac once wrote, “You see you wouldn’t ask why the rose that grew from the concrete
had damaged petals. On the contrary, we would all celebrate its tenacity. We would all love it’s will to reach the sun. Well, we are the roses – this is the concrete – and these are my damaged petals. Don’t ask me why, ask me how!”
At one point in Derrick Rose’s well-documented basketball career, he could do no wrong in the eyes of Chicagoans. He was the tenacious kid from the south side of Chicago with a fierce game yet humble demeanor.  He reached the sun despite his adversity and in spite of his damaged petals.  He was our Rose that grew from the concrete.
Rose was in a very unique position as the number one draft pick of the Chicago Bulls because he would have an opportunity to restore the hope of Chicagoans suffering from withdrawal after the Jordan era.  The hugest and obvious difference is Derrick was born and bred in the Chi so he is special.   He was the prodigal son of a tough city.  After setting the league on fire by becoming the youngest MVP in history, D. Rose was on top. The beautiful part about that magical season was Rose actually predicted his glory when he so boldly stated, “Why can’t I be the MVP of this league?” While reporters laughed at him, he went on to do exactly what he so said he would do.
Even with that confidence and bravado he still remained the same humble person he always was. He understood his purpose was bigger than basketball from the jump. There is no need to rehash all the up and downs of Derrick’s injuries and returns to the court because everyone knows that. What Rose doesn’t get enough credit for is the impact he has made in Chicago in the Englewood community that raised him and beyond.
From day one Derrick Rose has praised Chicago for all it’s beauty but he has also expressed despair for it’s damaged petals. Whether it’s the damaged communities, impaired mentalities, or underwhelming circumstances that lead to the constant violence in Chicago, Rose has always been an agent of change by lending his voice, time, and money to the city he loves. He wanted so desperately to bring Chicago an NBA Championship, he sacrifice his body and it cost him yet he never gave up just as he never gave up on the community.  It’s obvious his mission was bigger than the hoisting the Larry O’Brien trophy for the Chi as he poured time and energy into healing the city from a different standpoint.
While Chicagoans may never get to see Derrick Rose win a championship for the Windy City, we will lose out in a far greater way. While some in Chicago look at Derrick Rose as a washed-up liability that only cares about himself due to the many games he missed because of his thre