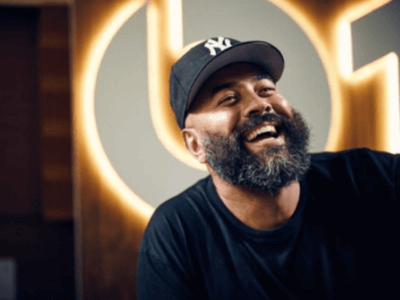 Apple Music announced today the appointment of Apple Beats 1 and Hot 97 New York anchor host Ebro Darden to the position of Apple Music’s global editorial head of hip-hop and R&B.His new position starts today, where he will manage a team of editors to develop strategies for song, album, and artist releases.Ebro will maintain hosting his popular Hot 97 morning show Ebro in the Morning (M-F 6am-10am ET), as well as his own Apple Music global live stream Beats 1 (M-F 3pm-5pm ET). Rachel Newman, Apple Music’s global director of editorial, spoke on Darden’s appointment:“We’re excited that Ebro is joining us in a full-time capacity. Having dedicated his life and career to hip-hop, R&B and pop music, he has so much to offer. One of Ebro’s most defining characteristics is that he has great ears for where R&B and hip-hop are transcending and evolving to beyond even the borders of the U.S. He’ll obviously take a leadership position for us not just in hip-hop and R&B but also in the communities where the music is made, which is also exciting and something unique to Ebro.”Carl Chery headed Apple Music’s artist curation previously before moving to Spotify last April.