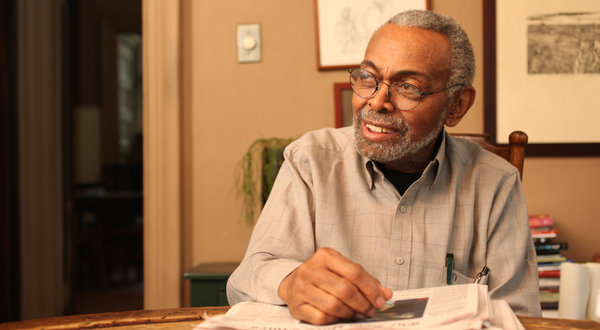 After weeks of failing health, playwright, critic, poet, and activist, Amiri Baraka died Thursday according to a family spokesperson. He was 79.Born Everett LeRoi Jones on Oct. 7, 1934, in Newark, N.J., Baraka was an extremely gifted student which allowed him to graduate from high school two years early and went to college at New York University and Howard University.Some of Baraka’s most famous works came during the 1960s included the plays “The Black Mass,” “The Toilet,” and “The Slave”; the poetry collections “Black Art” and “Black Magic”; and the provocative collection “Home: Social Essays.”Amiri Baraka was never one to shy away from controversy when it came to standing up for what he believed in. He was once quoted as saying, “If the flag of an armed enemy of the U.S. is allowed to fly over government buildings, then it implies that slavery, or at least the threat of slavery, is sanctioned by that government and can still legally exist.”Another favorite quote of his that I personally love is, “Thought is more important than art. To revere art and have no understanding of the process that forces it into existence, is finally not even to understand what art is.”Radio Facts would to extend our condolences to his family, friends, and anyone else that was blessed enough to know this legendary man.