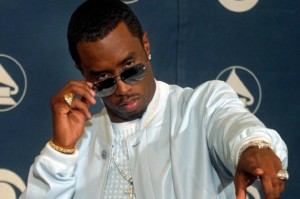 WWE and entertainment powerhouse Sean “Diddy” Combs today unveiled a global anti-bullying public service announcement encouraging kids to stand up to bullying. Created by WWE and Combs, the PSA will begin running on WWE’s weekly TV programming and across all its digital platforms.”I’m thrilled to extend my partnership with WWE and align myself with their Be a STAR, anti-bullying initiative,” said Combs. “Bullying is a very serious issue and needs to stop now.””WWE is proud to continue its partnership with Sean “Diddy” Combs and join together to put an end to bullying,” said Vince McMahon, WWE Chairman and CEO.Combs will serve as an ambassador for Be a STAR, the anti-bullying initiative co-founded by WWE and The Creative Coalition to encourage young people to treat each other with tolerance and respect. In addition, through Combs’ association with the Invisible Bully clothing line, he will continue to encourage individuals to put an end to bullying and contribute to Invisible Bully’s mission to stand for something or fall for anything.Combs’ ongoing partnership with WWE has included live performances by the three-time Grammy Award winner at WrestleMania ® 29 and WWE Tribute to the Troops ®, as well as an appearance at WrestleMania 28, when Combs introduced hip-hop star Machine Gun Kelly.