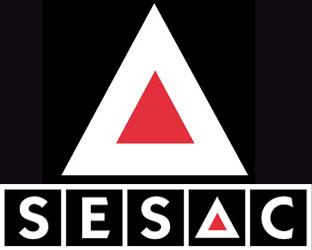 LOS ANGELES, CA (April 1, 2016) – As part of Universal Music Publishing Group’s ongoing effort to deliver greater value to songwriters, its production music arm, Universal Publishing Production Music (UPPM), announced today a new agreement with sesac to enhance UPPM songwriters’ compensation.
The agreement, which is effective April 1, 2016, covers those production music songs controlled by UPPM that were previously registered with ascap for U.S. exploitation. It does not affect royalties collected outside of the U.S.
“We’re proud that this agreement provides greater value to our songwriters and pleased to expand our relationship with SESAC,” said Gary Gross, Worldwide President of UPPM. “Today’s announcement reflects our commitment to maximize writers’ revenues and bring them as many creative opportunities as we can,” Gross continued. “We will continue to work on our writers’ behalf, and note that our relationship with ascap remains close.”
The agreement removes a specific universe of works from the ascap repertory and does not affect a songwriter’s decision to continue overall membership in ascap.
For the covered production music songs, ascap will continue to pay songwriters royalties through March 31, 2016, as well as for “licenses in effect” through the expiration of those licenses.
Part of the Universal Music Publishing Group, Universal Publishing Production Music, whose U.S. companies include FirstCom Music and Killer Tracks, is the world’s leading music production company featuring a music catalogue of unrivalled breadth and depth, crafted specifically for media use. Covering all genres, moods, emotions and project types, UPPM’s ever-expanding library is created by a roster of top artists and composers from around the globe. UPPM produces imaginative music and builds creative partnerships to form a suite of labels that add depth and individuality to our catalogue – each with its own unique style and heritage. Dedicated to helping clients create emotional and memorable audiovisual experiences, UPPM offers full music supervision service including: free music searches, bespoke music edits, re-versioning and commissioned music. Visit https://www.unippm.com