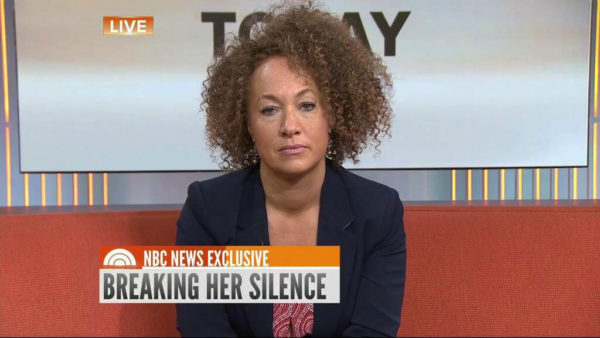 I know how sensitive my people are. All I ask is that you open your mind and close your judgement and opinion until you read this.
A good friend and I had a HUGE debate about this yesterday.  Is this a biological or a psychological situation in comparison to the recent Caitlyn Jenner transformation. He stated Caitlyn is different because in her case it IS a biological situation and Rachel’s situation is psychological (from his perspective leaving the door open for a mental illness diagnosis instead of a state of mental being). I stated that at one time (and in some cases people still do) people and science considered Caitlyn “mentally ill” but the truth is, from my perspective they are BOTH psychological situations. “Biological” is the state of physical being and what is in front of you, WHAT you see at birth. WHO you are or how you identify has not been determined at that point because that’s “Psychological.” A person can be born male or born white but STILL identify as a female or black. People have a propensity to WANT to be who they BELIEVE they are but society is very harsh and doesn’t like that so people hide who they really feel they are so they won’t be criticized. How many people reading this know themselves to be different or greater than who they portray themselves to be?  Ironically, I know many black people who are insulted if you call them a “Nigga” I am one of them, but I also know other blacks who consider that a compliment because that’s who they consider themselves to be. I respect them because that’s how they identify. 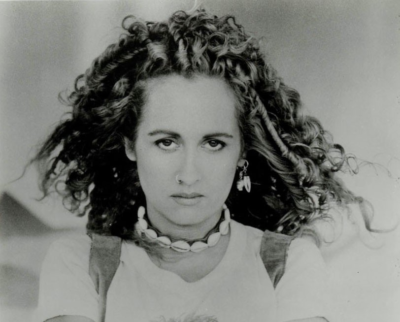 Look at the late singer Teena Marie, ironically her birthday is today, she certainly “identified” as black even though she admitted she was white. Why did that make it OK to act black? Because she wasn’t acting, she was being who she really FELT she was. She liked soul food, dated black people, lived in a black neighborhoods as a young adult, had black friends and sang black music in a very ethnic but natural voice, yet we readily accepted her because her music was great and she was convincing…we gave her a chance to prove herself and accepted her but Berry Gordy also did not put her picture on her first album for fear that we would not accept her and he was right. His point was just. Give a person a chance and THEN decide. That was 35 years ago.
We LOVE to put people in boxes, especially in the wonderful black community. We like to categorize them so that WE can feel comfortable with who WE think they should be. Do we have that right? I remember my son worked at Fry’s as a teenager and he came home one day and told me that a woman came into the store Rick Ross’d out with a full beard, pot belly and big Wendy Williams tits. He said she came in to buy a computer. He said she used her natural deep voice and that he was confused as to how to identify her/him. I will admit we both laughed about it because it was odd and at the time but I told him to respect people and treat them the way they want to be treated, life is too short and today, being more mature about it, I feel that way even more.
I have known many black people who identified as white. They married white women or men, went to ivy league schools and wanted very little to do with black folks because they were either so heavily attacked by black people during childhood and high school for “acting white” or they just failed to connect with black people and culture.  People use to say my mother and I talked like white people and that bothered me as a kid until I realized having great communication skills will open many doors for you as black man. So excuse me while I “talk white” knowing full well that I identify as a black man all day. Who cares what you think?
The question at the end of the day is not who WE think Rachel Dolezal is but who SHE thinks she is. That’s HER right, why is it wrong to respect that? She did a good job at the NAACP and that chapter improved under her direction. Could a black woman or man have done the job, sure as long as they weren’t from the LA chapter. A black man or woman could also do a great job as the president of Apple but that Apple will turn into a Grape before that happens (yet I still buy the products).  Had she gotten the job and embezzled a million dollars and she was an agent of the KKK I could see a huge problem but her putting on a wig and giving herself a tan and identifying as black, I just don’t see the problem. Did she qualify for the job? As a white woman, probably not. Her efforts would be extreme if she didn’t do it full time which she does. She did not appear on the Today show as a white woman waving her kinky wig and yelling “Busted!” Yes there are limited jobs and opportunities for black folks but be honest, if given the chance… would you rather be the president of the NAACP or Apple? If she wants to be black and have to deal with all the hell that we deal with on a daily basis be my guest.  Your thoughts.
[flowplayer id=”153853″]