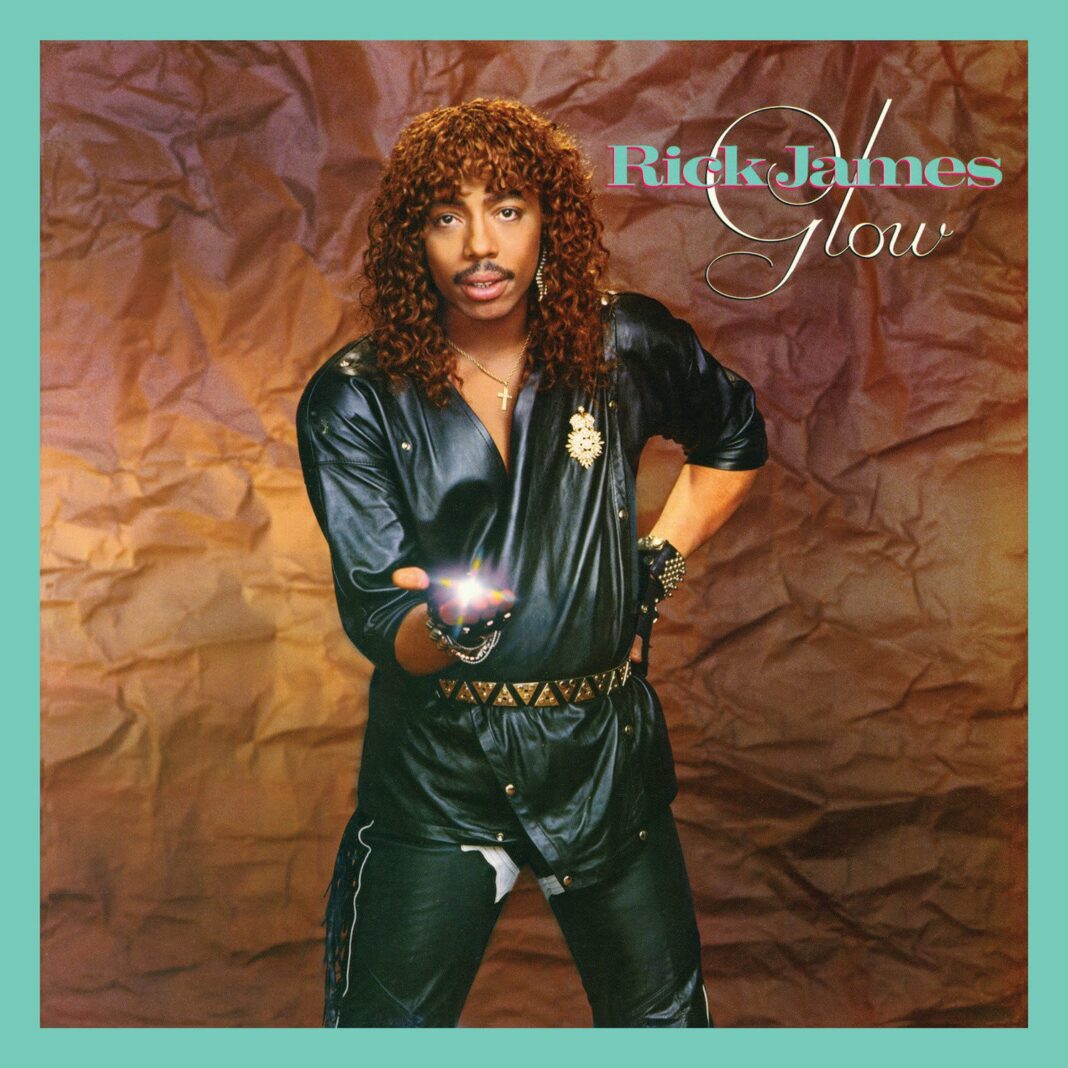 Celebrating the extraordinary life of Punk Funk singer, songwriter, producer, multi-instrumentalist and pioneer Rick James, today Motown/UMe released the digital Deluxe Edition of James’ 1985 hit album Glow, featuring 11 bonus tracks. Previously available only within James’ Complete Motown Albums digital collection, this new Deluxe Edition of Glow is available digitally on its own for the first time, and can be streamed and ordered, HERE.

Originally released in May 1985, Glow was James’ fifth solo album for Motown. Its fusion of rock, funk, and R&B, demonstrates James’ unique versatility and vision as an artist and showcases the tight and eclectic sounds of The Stone City Band. Upon its release, Glow hit Top 50 on the Billboard 200 and No. 7 on the R&B/Hip-Hop Albums charts, and features the funky title track, “Glow,” a Top 5 Hot Black Singles chart hit that, combined with “Glow (Reprise)” on a 12” single, also hit No. 1 on the Dance Club Songs chart. James and the band performed the song on an episode of the hit NBC-TV show, The A-Team, that year.

Glow: Deluxe Edition features 11 bonus tracks including the rare, original 12” mixes of “Glow” and “Spend the Night With Me,” along with each song’s extended instrumental version; the 12” instrumental version of “Can’t Stop;” plus the then-new songs included on James’ hits collection from the previous year, Reflections, among them “Oh What A Night (4 Luv)” and “You Turn Me On,” with the additional bonus of the long 12” and instrumental versions of the latter.

Also on September 3, the critically acclaimed documentary BITCHIN’: THE SOUND AND FURY OF RICK JAMES, directed by Emmy®-nominee Sacha Jenkins (WU-TANG CLAN: OF MICS AND MEN; BURN, MOTHERF*CKER, BURN!) will premiere on SHOWTIME®. The documentary is an intimate yet propulsive look at James, one of rock, funk and R&B’s most legendary and often underappreciated figures and features a wealth of rare footage of James’ incredible live shows and never-before-seen home video. Through original interviews with artists, including Bootsy Collins, Ice Cube and members of The Stone City Band, collaborators and friends, BITCHIN’ focuses on the groundbreaking “punk-funk” music James left behind while illuminating his fearless attitude, social justice advocacy and bold musical aspirations. The highly anticipated documentary premiered at the Tribeca Festival in June to rave reviews and has Rolling Stone saying James “gave funk music a pop edge … [and] outfunks his rivals.” In Review Online wrote that the film “reclaims the memory of both the great musician and the troubled human at the artist’s core from being simply a source of cheap punchlines and glib catchphrases,” while Tilt said, “James was a talented musician who lived a much more interesting life than you probably thought.” BITCHIN’: THE SOUND AND FURY OF RICK JAMES will premiere on SHOWTIME on Friday, September 3 at 9 p.m. ET/PT. To watch and share the trailer, visit: https://youtu.be/YV0tMF9Ue8g. Listen to songs from the documentary, HERE.

In addition, twelve of James’ videos have now been remastered in HD, eight are new to digital platforms, and will be available on his official Rick James YouTube channel. The HD videos for “Super Freak” and “Give It To Me Baby,” celebrating the 40th anniversary of James’ iconic album, Street Songs, along with his 1982 hit “Hard To Get,” have recently been added, with “Throwdown,” “Ebony Eyes,” featuring Smokey Robinson (long and edited versions), and “In My House,” which James wrote and produced for the Mary Jane Girls, available in September. Both the original long version and edited version of the video “Glow” will premiere on September 17.

Brilliant hitmaker, soulful singer, riveting performer, influential producer/impresario, pioneer in the fusion of funk groove and rock attitude — James was all of these and more. Flamboyant, provocative, charismatic, volatile, and always outrageous, he was a consummate artist and a bona fide star. Constantly reaching, growing, and exploring new aspects of his talent were all part of the genius of Rick James. Since James made the scene in the 1960s with The Mynah Birds, featuring the then-unknown Neil Young, and into the late ’70s forward, with his own unique brand of Punk Funk music, he has been an inspiration to his peers and won the acclaim of audiences and critics alike. His songs have been covered and sampled by artists across different eras of music and genres, and the popularity of James’ music continues to garner new fans with digital Deluxe Editions of his entire Motown catalog, including Come Get It!, Bustin’ Out Of L Seven, Fire It Up, Garden Of Love, Street Songs, Throwin’ Down, Cold Blooded and The Flag. Also availableare digital releases from James’ productions including three albums from the Stone City Band – In ’n’ Out, The Boys Are Back and Out of the Shadow–as well as singer Val Young’s Seduction and Rick James Presents Bobby M: Blow.

Rick James left us far too soon, but his legacy continues to inspire new generations of artists to get their super freak on.