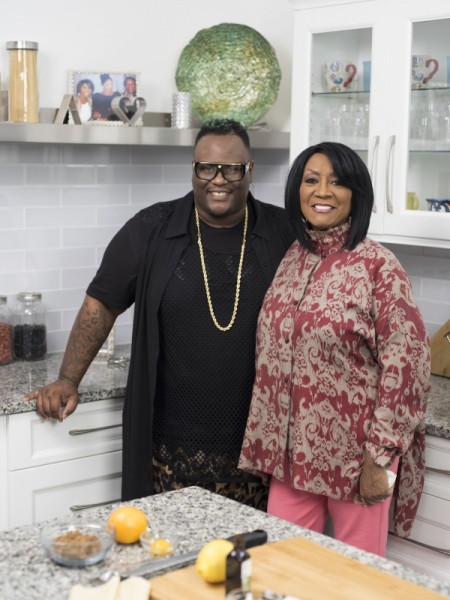 Grammy-winning® artist Patti LaBelle and viral video sensation James Wright Chanel come together to cook, sing and, of course, bake Patti’s Sweet Potato Pie in the holiday special Patti LaBelle’s Holiday Pies, premiering Wednesday, December 16th at 8:30pm ET/5:30pm PT on Cooking Channel. It’s a dream come true for James, whose viral video singing the praises of Patti’s Pie has been viewed over four million times, as he joins his idol in the kitchen to share stories, songs, recipes and uproarious laughs. Patti is all about the holidays and making her homemade pies this time of year, and she starts off with her favorite Apple-Peach Cobbler and famous Holiday Brisket Pot-Pie. For the headliner, Patti and James hit a high note and make her Sweet Potato Pie recipe. Patti LaBelle’s Holiday Pies will also air on Food Network on Sunday, December 20th at 10:30am ET/PT.