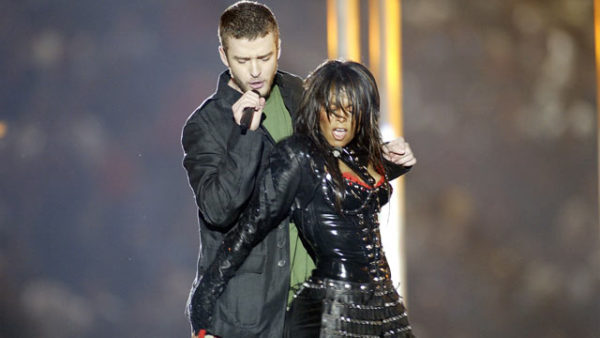 Super Bowl 50 was filled with all sorts of story lines. Everything from Cam Newton’s press conference, Denver’s defense, Peyton Manning possibly hanging up his cleats, and of course the halftime performance all made the headlines. Speaking of the halftime show, Coldplay, Bruno Mars, and Beyoncé did their thing as they paid homage to some of the past performers and of course we noticed they left out one in particular. Janet Jackson and Justin Timberlake’s performance was omitted from the video montage. We all know about the Janet breast scandal but damn the performance was a really good one.
There was some discussion about the omission on Twitter but nothing too significant until big sister La Toya Jackson sent out the following tweet. She wasn’t happy with the omission of her baby sister’s performance. Should Janet have been a part of the montage? What do you think?

The energy of #SB50 #PepsiHalftime show was great! Beyoncé Coldplay and Bruno Mars!
But what happened to Janet Jackson in the montage!