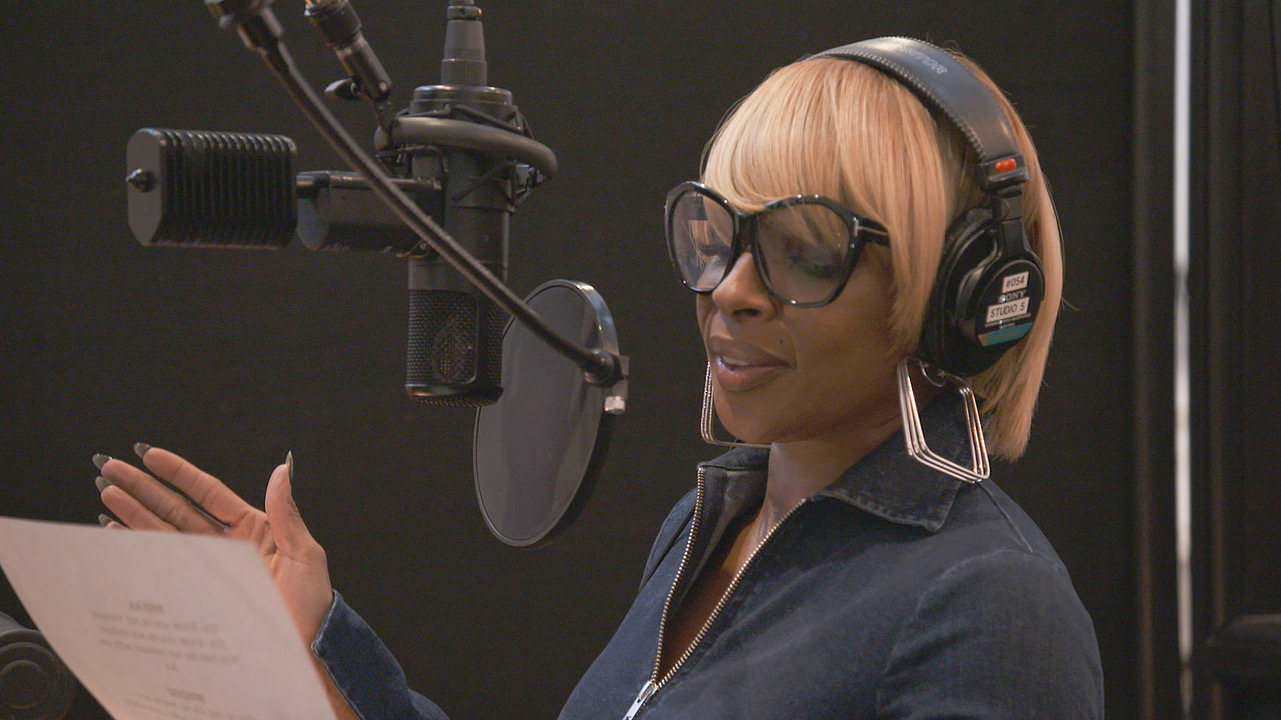 Mary’s Character: Mary voices the character of Irene Adler, a porcelain doll who is in control of her dollhouse. Sherlock finds himself needing his once engaged lover, Irene’s (Mary J. Blige) help and she winds up showing him what he’s been missing through an outstanding musical performance and original song ‘Stronger’ written by Elton John in the film. Along with her sassiness and charm, Irene gets her chance to show her multi-faceted fashion pieces. Please see below for photos of Irene and Mary voicing her first animated film!

Synopsis: After a string of garden gnome disappearances in London, Gnomeo & Juliet look to legendary detective Sherlock Gnomes to solve the case of their missing friends and family.