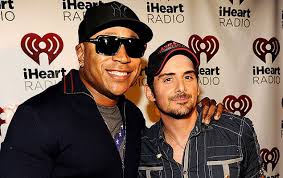 If you haven’t heard the country song, “Accidental Racist” by Brad Paisley featuring LL Cool J you might want to give it a listen. People are in an uproar over James Todd Smith‘s contribution to the song. Brad Paisley is explaining in the song how he is proud to be from the south yet he is not a fan of it’s racist past. The internet and critics have been buzzing about the song and it’s content and Brad had this to say, “How do you show your Southern pride and not be misunderstood?” Paisley asked. “There were some things I wanted to say from my perspective as a Southerner, like, ‘Contrary to what some people may think about Southerners who fly the Rebel flag or wear it, I hate slavery. I hate the fact that it happened.'”What Brad is addressing is the fact that he admits he flies the “Rebel Flag” in the song but that doesn’t mean he promotes slavery. LL Cool J adds lines like, “If you don’t judge my gold chains, I will forgive the iron chains,” or “R.I.P Robert E. Lee but I thank Abraham Lincoln for freeing me.” LL also makes references to not being judged for wearing a do-rag and forgiving southerners for flying confederate flags.  Some of LL’s fans were upset with the fact he appeared on the song while some were just upset with how terrible they thought his flow was. LL Cool J responded to the controversy by saying, “Brad’s not afraid to express himself,” LL Cool J said. “What other country artist, or any artist right now, talks about slavery?” Regardless of what the critics say, are people being too hard on him and Brad Paisley? What do you think?