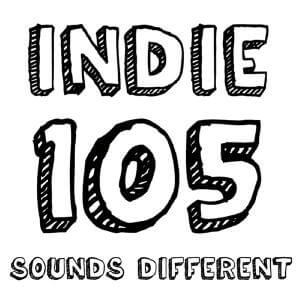 Live 105 is launching “Indie 105.” It replaces “Classic Live 105” on our HD2 channel and will also live on Radio.com.The new “Indie 105” focuses on rock for the digital generation. It targets Millenials and Gen Z’ers and plays a cutting edge mix of indie rock hits from the streaming and music blog universe.The playlist has been curated by Live 105 Program Director Jacent Jackson and Assistant PD/Music Director Aaron Axelsen.“This is a radio station for opening bands and the fans who love them. It’s a true channel for the digital streaming, festival going generation. Aaron and I have programmed shows like this on broadcast radio and they are a labor of love. I couldn’t be more pleased to bring this channel to the Bay Area locally and everywhere on the radio.com app” said Program Director Jacent Jackson.“Think of this exciting endeavor as an amalgamation of our venerable new music program Soundcheck, combined with the vibrant blogging culture and digital streaming movement, all while catering to those with an adventurous appetite for underground music and emerging artists, and that should give you an accurate snapshot of what to expect from Indie 105” added Aaron Axelsen, Music Director, Assistant Program Director and host of Live 105’s specialty shows Soundcheck and Subsonic.Indie 105 signs the weekend of Live 105’s BFD concert.The station launches with a mix of music that includes St. Vincent, Arcade Fire, Purity Ring, LCD Soundsystem, The War On Drugs, Vampire Weekend, Hot Chip and Jack White.