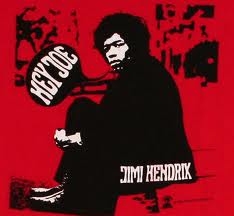 Now in its sixth year, Record Store Day is an annual day-long celebration of record store culture taking place on the third Saturday in April. This past January, RSD announced the appointment of Jack White to the post of Record Store Day 2013 Ambassador.

Aerosmith – 12″ 180-gram audiophile vinyl LP in an individually numbered jacket – 40 years after its original release in January 1973, this RSD edition of Aerosmith’s classic double platinum debut album is newly remastered from the original source tapes and features the signature tracks, “Dream On,” “Mama Kin” and “Walkin’ The Dog.”

Toys In The Attic – 12″ 180-gram audiophile vinyl LP in an individually numbered jacket – Newly remastered from the original source tapes, the RSD edition of Aerosmith’s third album reaffirms the record’s stature in the pantheon of rock. The band’s most commercially successful album–certified 8x platinum– Toys In The Attic introduced both “Walk This Way” and “Sweet Emotion” to the eternal rock canon.

CYPRESS HILL
Black Sunday – 2 12″ 180-gram high quality heavyweight vinyl LPs in an individually numbered gatefold jacket – The RSD and 20th Anniversary edition of the iconic crossover blockbuster album, features the anthems that made Cypress Hill an indelible stamp on the pop culture landscape, including “Insane In The Brain,” “Hits From The Bong” and “I Ain’t Goin’ Out Like That.”

MILES DAVIS – Three 12″ LPs presented in Mono, featuring original tracklists on 180-gram audiophile vinyl
Round About Midnight – Widely acknowledged by jazz critics and aficionados as a landmark in ‘hard bop’ and one of the greatest jazz albums ever, Miles’ 1956 Columbia Records debut showcased his first legendary quintet featuring John Coltrane.

Someday My Prince Will Come – Davis’ 1961 successor to Sketches of Spain is an combination of new originals–including tributes to his then-wife, Frances (“Pfrancing”); his producer, Teo Macero (“Teo”); and Columbia Records then-president Goddard Lieberson (“Drad Dog”)–alongside pop standards including the title track from the 1937 film “Snow White and the Seven Dwarfs.”

These original 1966 mono mixes were first created for the Jimi Hendrix Experience’s debut single in the UK and have never been since that time.

Taj Mahal’s breathtaking second album, originally released in 1968, showcased a band featuring Al Kooper and Jesse Ed Davis while introducing a generation to deep blues classics like “Corinna,” “She Caught the Katy (and Left Me a Mule to Ride),” and “The Cuckoo.”

The only album to be completed by the Seattle-based supergroup Mad Season, Above has achieved mythic status among hard rock aficionados. This expanded double 12″ vinyl edition includes the original album in its entirety as well as three songs from the band’s unfinished second album with newly recorded vocals by Mark Lanegan, a previously unreleased instrumental, “Interlude,” and a remixed version of Mad Season’s cover of John Lennon’s “I Don’t Wanna Be A Soldier.”

This new compilation brings together ten of the most indelible tracks from the artist Questlove called “…the unsung hero of blues and funk. His music is so potent that it only blossomed 30 years after it was first released.” Includes seminal tracks from the artist’s core catalog: Here Comes Shuggie Otis (1969), Freedom Flight (1971) and Inspiration Information (1974).

Originally released in 1993 as part of the Red Hot Organization’s AIDS Benefit Series, the No Alternative compilation provided a definitive showcase of the bands and artists who would define the contours of alt-rock in the 1990s and beyond. Artists on the album, released on vinyl for the first time as part of RSD 2013, include Matthew Sweet, Buffalo Tom, Soul Asylum, Urge Overkill, American Music Club, Goo Goo Dolls, Pavement, Smashing Pumpkins, Bob Mould, Sarah McLachlan, Soundgarden, Straitjacket Fits, Barbara Manning, The Verlaines, Uncle Tupelo, Beastie Boys, The Breeders, Sonic Youth, Jonathan Richman, and Patti Smith.

Released in celebration of the 4/20 record store date and Willie’s 80th birthday (April 30), the A side of this RSD 2013 exclusive, limited, numbered 7″ green vinyl edition features features the all-star version of the “Roll Me Up And Smoke Me When I Die” (taken from Willie’s 2012 Heroes album) with guest vocals by Snoop Dogg, Jamey Johnson and Kris Kristofferson with a previously unreleased Willie solo version on the B Side.

Side One of this 10″ vinyl release features a previously unreleased live medley of “Music Lover/I Want To Take You Higher/Music Love” and the mono single master of “Higher.”

The Breakfast Club Now in Canada