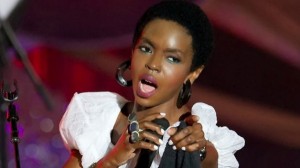 Lauryn Hill penned an open thank you letter to Stevie Wonder, Alicia Keys, and a host of others for sending a letter to the judge on her behalf to keep her out of prison. She posted the letter on her website but we have it below for your reading pleasure.I want to extend a sincere thank you to the following people, who wrote letters to the judge on my behalf: Linda Banks, Edison, NJDavonne BreedloveBinna Choi, Beijing, ChinaHafiz Farid, East Orange, NJMiriam Anne Banks Farrakhan, Union, NJVincent Gardner, New York, NYMichael Green, Fair Bluff, NCElitta Harden, Ft Worth, TXMrs. Valarie Hill, South Orange, NJMaureen Hogan, Jersey City, NJWalter Jones, New York, NYAlicia KeysElena Lau, Toronto, CanadaJerald Miller, New York, NYTracy Morris, Jacksonville Beach, FLElise Munoz, FranceBunmi Olukoya, Laurel, MDJimmie Pierre, Trenton, NJCherisse PittmanGabrielle Fulton Ponder, Atlanta, GADominique Reese, Oakland, CAChris Schwartz, Philadelphia, PAAshley Scott, Brooklyn, NYDerek Singletary, Astoria, NYDr. Sara Tai, Manchester, UKSuzette Williams, Teaneck, NJLisa Willis, Philadelphia, PAStevie WonderJonathan Wunderlich, Cabarete, DRAnd thank you Jerald Miller, for taking the initiative to put this together.I also want to thank all of my family, friends, business associates, and fans who have called, emailed, sent texts, and posted messages of concern, encouragement, and support. I appreciate the well wishes, and I thank you for your prayers.Also, to anyone who may have written letters that we did not know about, thank you also, all of you.I will have more to say soon, but did not want to further delay expressing my appreciation.Thank you again,MLHRead more at https://bossip.com/770785/lauryn-hill-posts-open-thank-you-letter-to-alicia-keys-stevie-wonder-and-others-for-writing-letters-to-her-judge-to-keep-her-azz-out-of-prison-43081/#YDCuUHVtHqITrcAW.99