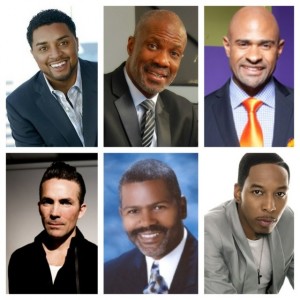 When you talk to Black radio programmers about the black church, the first thing that probably comes to mind are the horrific broadcasts that many black churches would do every Sunday on local radio Radio Station s. They insisted on buying the time and using it for what seemed like a long boring infomercial that became unbearable after the first 2 minutes of what seemed like eternity. The church would often desecrate the Radio Station ‘s brand with flat singing, boring preaching and a LOT of dead air. Unfortunately, what the black church wanted most was what they often got the least of, new members. Those broadcasts would do more to scare people off then make them attend and most of those churches are still struggling today. Then the concept of marketing for the church kicked in and they did something right. Younger more appealing preachers started popping up from everywhere and they were excellent in their craft and more marketable to the community.Over the years, we have seen the black community divide into more subcultures but one thing remains constant… there will always be people in the black community who will go to church no matter what and while we have seen massive explosions in many of the subcultures in the black community the greatest one is in the black church. It seems that the church has not only become a business but also a competition. The mega churches are often very political: accepting massive donations from celebrities and obtaining grants and funding coupled with boards that have specific guidelines that often dictate what the preacher is allowed to discuss. The mega churches have the best preachers, the best singers, the greatest amount of members, the biggest churches and the greatest influence but besides helping members develop greater hope and faith, what is the church doing for the black community as a whole?Many of the mega preachers write books, make appearances and tour the country garnering millions like major singers and rappers do, to hold conferences and to promote their brand to a greater audience. However, many of the black churches, no matter the size, still fall short on many opportunities to help the black community and it’s members prosper for better health, wealth and preservation of the wishes of past great leaders. There are certain things most preachers will NEVER discuss or encourage the black community to address: Gangs, AIDS/HIV, Addiction and the disproportionate amount of black men in the prison system and they will often use the Bible as a backdrop for their reasons not to address or to attack these issues but is it also funding and the conservative members on their boards that (Click “Next” above or below to read the rest of the story)direct their messages? The black church has been the bullhorn of the black community especially during the civil rights era when it made a connection with radio to support leaders like Martin Luther King Jr. but what happened? Todays issues are often ignored by radio, the black church and the black community as the problems continue to get worse because the church, which is the perceived “new leader” in the black community ignores them. Why is that? Is it because these issues and others don’t generate revenue like a member with low self esteem? One minister stated during an interview that several black mega churches have recently become interested and have started to address AIDS/HIV because there are now grants available for the church to assist the community 30 years into the crisis. While there are no grants for Gangs, Addicts or Reform for recently released black men from the prison system, does this mean the mega black churches could not have addressed these issues sooner or are they only motivated by money? 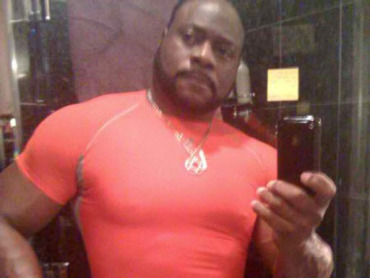 One must still ponder even with the black church‘s phenomenal growth, has it done more to help or hurt the black community?  Many of our readers state they are religious but they refuse to participate in what they describe as outrageous pomp and circumstance in the churches now.  Preachers walking in with $5000 suits and luxury cars and high end homes while members who are asked to give until it hurts are barely able to put food on the table. TD Jakes once said people often wanted to attack him and he didn’t understand why anyone would want to attack a preacher. He was describing how pimps would be upset because their prostitutes/property would quit the business to serve God. Then Jakes stated people don’t like it when you motivate people to change their lives. People will profit from your low self esteem. Jakes, who is an excellent orator and motivational speaker was targeting the negative side of the black community when he made that statement, but could it also be applied to the black church? Are many of the members suffering from low self esteem and worth and seek the answers from someone who represents their higher power? Is the church a substitute for professional therapy for many?While there has always been generations of black people who have attended church, it appears the church has now become big business.  The black church has been under attack over the recent years, especially the mega churches for everything from Creflo Dollar’s unreasonable request for the congregation to donate $234K to a church shooting victim’s family (instead of doing it himself), to the infamous anti-gay Bishop Eddie Long scandal involving trysts with four young black men he was mentoring which he quietly paid off millions for with a non-disclosure clause for all four victims. Some have even gone as far as calling preachers the new Pimps in the black community. There are others however who still get something out of church. Worshiping with others, fellowship, inspirational music, sermons and more. Now a new show showcasing the monetary benefits of being a preacher has premieres on the Oxygen network which is a direct hit on the black church. For some, this is the last straw. How do YOU feel about the black church? Do you agree or disagree with this article? Please take a quick second to answer our poll for a feature story. Answer Poll Here