I thought I had seen it all when this old white professor or news guy tried to explain what twerking is and he said “It’s a dance started by low income black women.” To think that HE thought he could be an authority on twerking was hilarious enough. It is very odd that this dance has been around for a few years now and since Miley Cyrus did it on the MTV awards show, you would have thought it was brand new. Wonder why that is? Anywho, got this from Smoking Gun this morning and thought it was hilarious. When people are prudes it’s pretty funny. Some of the complaints are on point but every one of them has a funny line of two…(hit “Next” to see the next complaint)

She Touched the Genitals of an Older Man

Could they be talking about Robin Thicke? We’re sure he loved being called old. 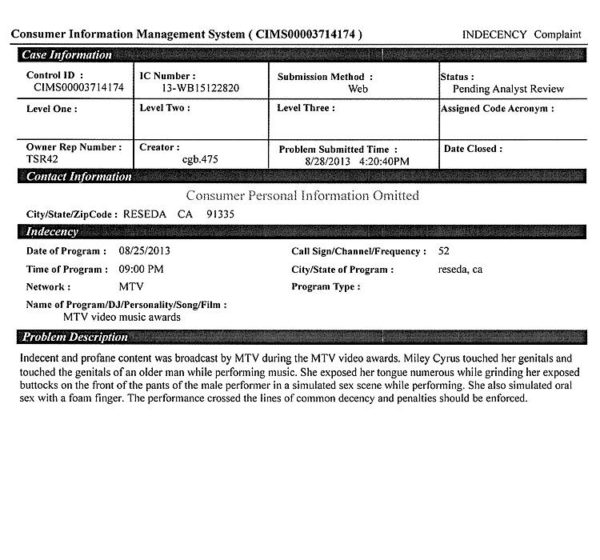 Her Performance was Racist as it Objectified Black Women

No her performance objectified Miley Cyrus. How was a white woman twerking objectifying black women? 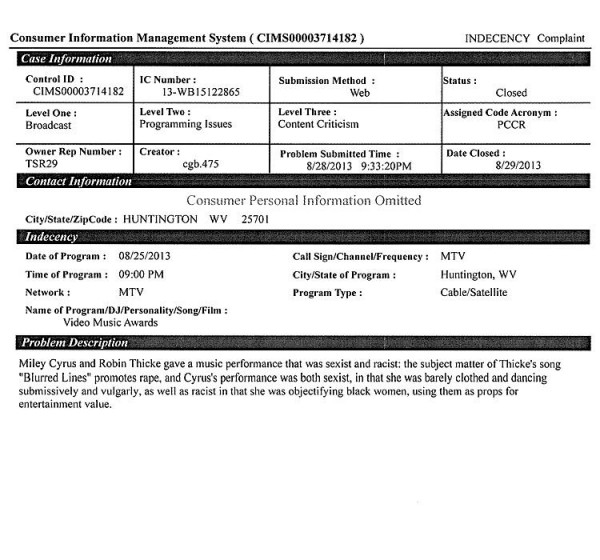 Her Costume Left her Lower Buttocks Hanging Out

What buttocks? Did you mean flaps? 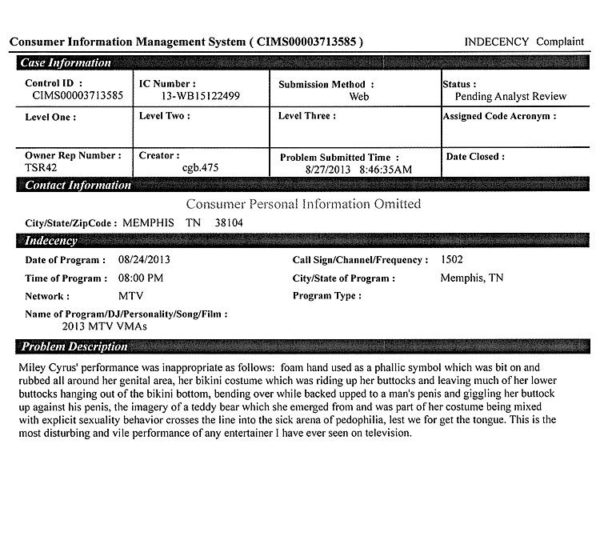 Hanging her Tongue Out Like She just Coke-ed Up Backstage

We have to admit, we didn’t get the tongue part either, it looked like it was hurting her to do that after a while. 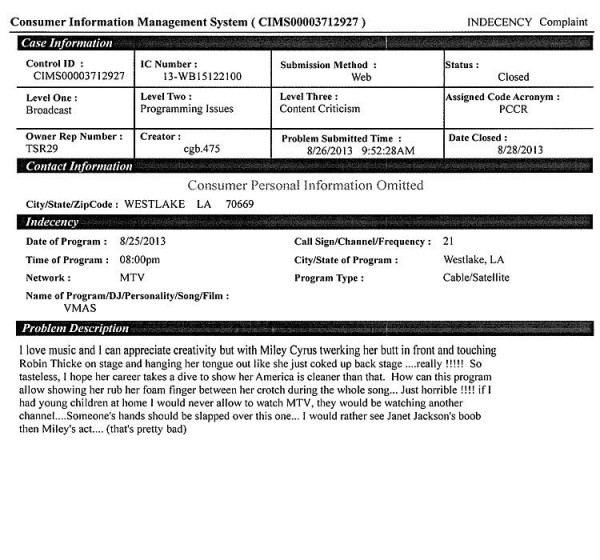 Her Performance appealed to pedophiles

Never thought of that, the Teddy Bears etc. There could be a point here 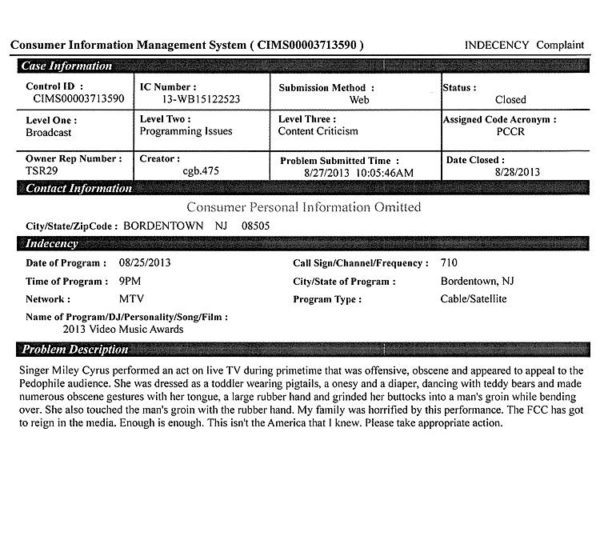 She Should be Excommunicated from the Music Industry

She would not be alone if that had to happen 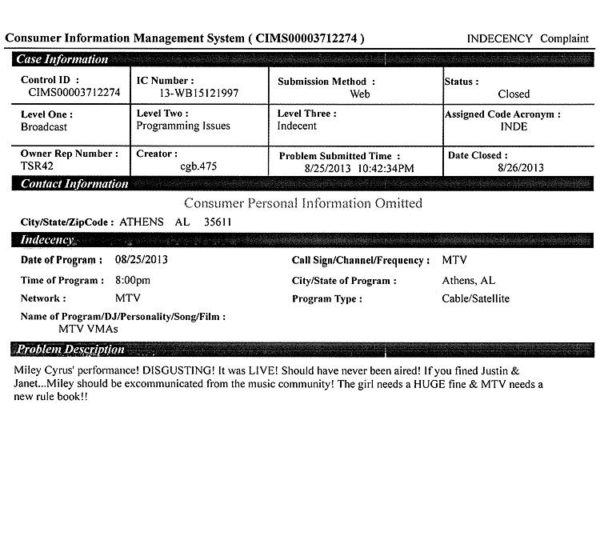 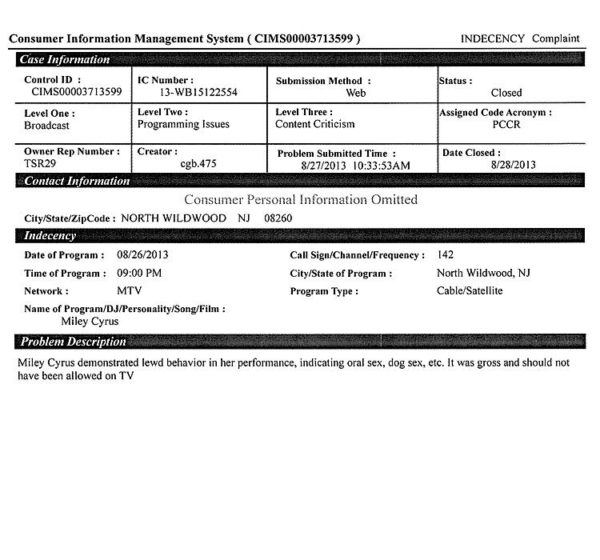 Had Children Running to their Parents with their Jaws Dropping

So you were in every home that had children? 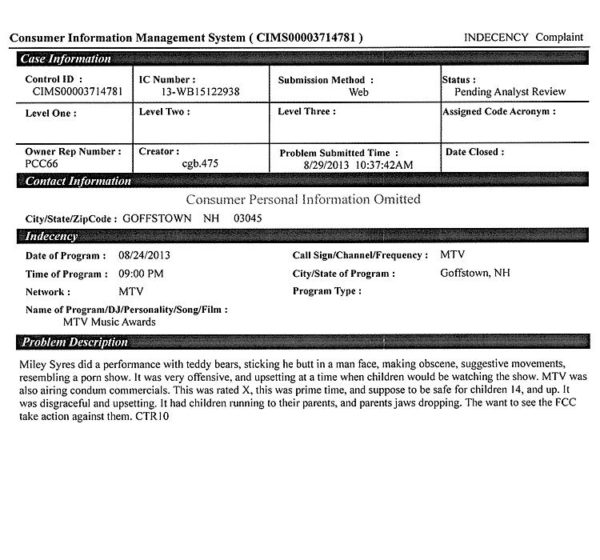