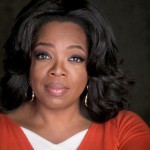 A high-end store in Switzerland had to apologize, the queen of media, Oprah Winfrey for refusing to let her look at a bag because the shop assistant presumed she couldn’t afford it. The media mogul told Entertainment Tonight about the racist incident which took place while she was visiting Zurich for Tina Turner’s wedding.Oprah said: ‘I was in Zurich the other day, in a store whose name I will not mention. I didn’t have my eyelashes on, but I was in full Oprah Winfrey gear. I had my little Donna Karan skirt and my little sandals. But obviously ‘The Oprah Winfrey Show’ is not shown in Zurich. ‘I go into a store and I say to the woman, ‘Excuse me, could I see the bag right above your head?’ and she says to me, ‘No. It’s too expensive.”The saleswoman not only told Oprah no, but she also suggested that she look at cheaper bags. ‘I left the store but it proves that racism is still an issue,’ Oprah added.‘There’s two different ways to handle it. I could’ve had the whole blow-up thing… but racism still exists, of course it does.’The culprit or at least the store in question is Trois Pommes store whose owner, Trudie Götz, was also a guest at the Tina Turner’s wedding. Talk about a small world! Well, that extremely wealthy world is small. The store owner and president went on to offer apologies to Oprah via the local newspaper.