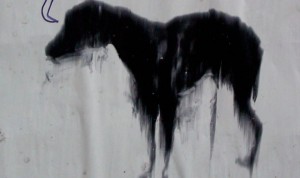 The “Black Dog” affects more black men (and women) than people think but you know how we do in the black community, we hide behind our pain by attacking others, going to church, drinking, using drugs, over fuging and being in abusive relationships or being abusive to ourselves in our dark secret lives. Some call it depression, I call it “bliss.” OK no jokes here, this is serious. We do all this in a futile search to get in touch externally with what is ultimately internal.  A programmer confessed to me yesterday that he has been down in the dumps for a while and to be honest, this is not the first programmer that has told me they felt this way. This particular programmer states that he’s been feeling out of touch and as if he is “missing something” in his personal life because of his dedication to an industry that he is not sure of. He explained that even though he is working, he’s not secure in his position and he feels like a pawn in the corporate game until something else or someone else comes along. He told me he’s constantly under the radar and often paranoid whenever he is called into a meeting or when his boss calls and he told me he doesn’t trust the corporation that he works for . Finally he confessed that it’s affecting his personal life tremendously because he puts so much time and effort into his job that he’s not sure of the rewards. This person is a great programmer and I was surprised he confessed this to me, of course in confidence but he assured me it’s OK to post his story like this. I decided to do this anonymous poll to survey Black PDs and how they feel about the industry and their jobs. This is COMPLETELY anonymous and NOBODY can see who you are even me. I’d like to tally the info up for a story. The questions are vague but direct and nobody will know it’s you. See the results of the poll >> HERE

D.L. Hughley Apologizes for “Thirsty B” remark on Radio Show

Slave Movies: Setting Blacks Back or a Needed "Reminder" to Move...

Attorneys for Bubba the Love Sponge facing disbarment for “setting...