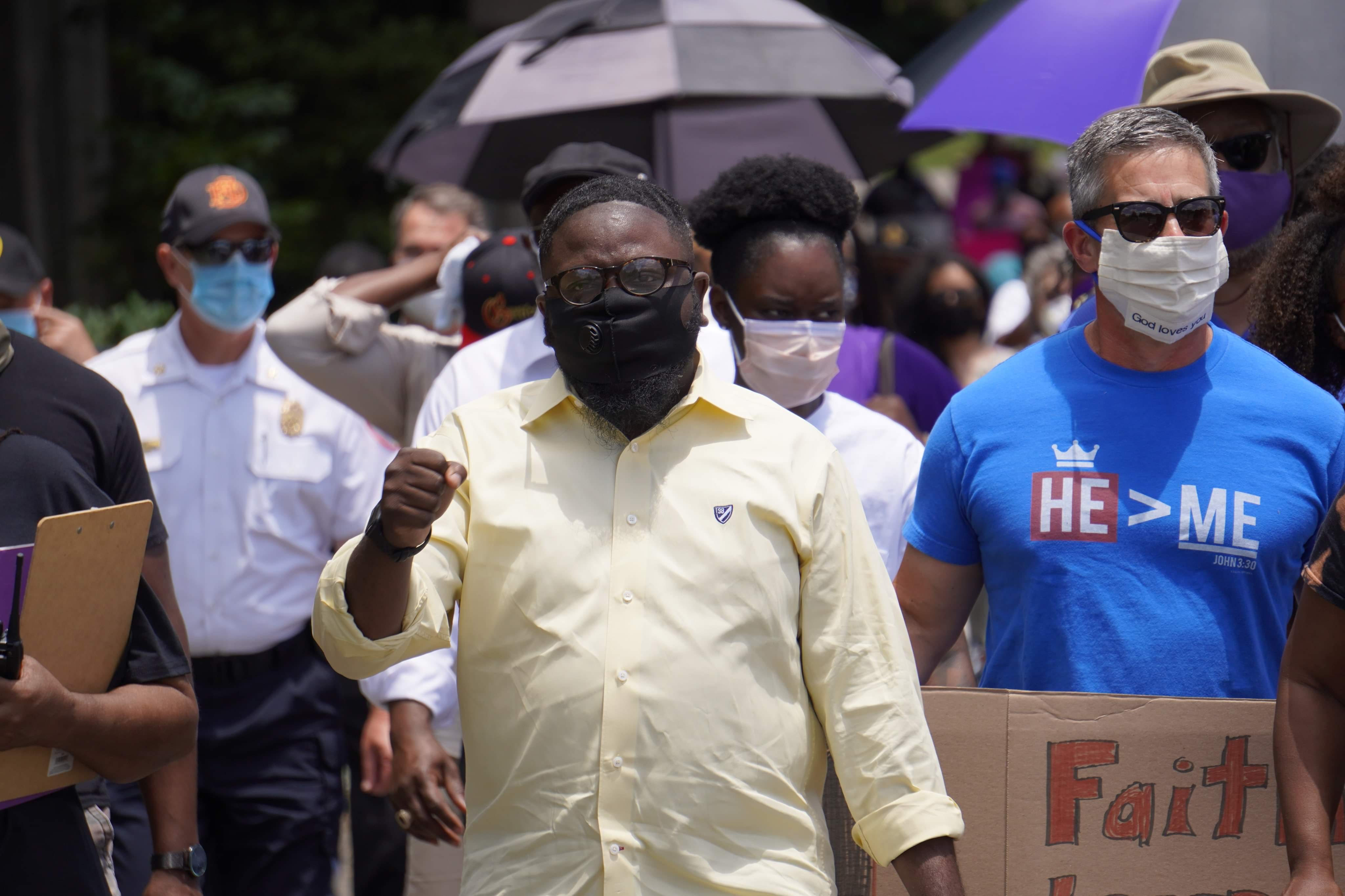 Brooklyn-based alt R&B artist, James Tillman shares his sophomore album, Modern Desires, out now. American Songwriter, who debuted the album yesterday with an exclusive stream, says, “Garnering comparisons to Marvin Gaye and Nick Drake… Tillman introduces the listener to a wide range of musical expressions and time periods, he hits hard with ’70s inspired Brazilian and Latin-infused funk, ’90s hip-hop, and modern lyricism that is both thought provoking but also full of energy that can be its own mood.”

On the record as a whole, Tillman says, “Modern Desires. We are anxious about the future. Anxious about the past. Sometimes we just lose control. Discipline and surrender are in order, but must be tempered. We lay awake thinking of love, late into twilight. We sleep walk on days when rest eludes us. There are highs and there are lows. We want what we want. What does it look like to see someone remember? What do I Desire? What do I need? simple questions connect us all. Feel present, be love.

Modern Desires is conceptually about torch songs that encapsulate moods and realities of adult life. There is a tone of sensuality and romance, but also of longing, change, and introspection. The music cycles through feelings that I believe connect us all. Musically speaking, the work is inspired by sounds that have come before but focused on progression of those ideas. Funk and soul influences similar to Silk Noise Reflex can be heard throughout. I sought inspirations from the offerings of British artists like Sade and Phil Collins. Their songs skillfully portray moods and render the mundane with iconic precision.

I got to record this album over at Red Bull Studios with my friend Evan Sutton. I also had the honor of working with Richie Marrero, a band leader and percussionist who worked on amazing records with artists like Angela Bofil and Hector Lavoe in the 70s and 80s. It was great to collaborate with friends on the songwriting—something of a first for me. I worked on 5am with composer and producer Oliver Lewin, and collaborated with a young engineer and producer named Gabriel Pearson on Night Fire. Lose Control was a collaboration with producer Matt Rivera out of Chicago. Jeremy Lubsey over at Vlado did the master, and Beau Sorenson was back again to mix the record, making it feel like a true family affair.”

In a track-by-track deep dive for American Songwriter, Tillman gets into the heart of each song. Here’s what he shared:

“Night Fire – The OG Xbox version of 007: Nightfire is one of my favorite video games of all-time. It also feels like a significant mile marker of my adolescent years. I remember my teenage self wanting to be like the James Bond Character: strong, intelligent, and loved by the ladies. The track abstracts that bit of nostalgia, describing a desire for romance. Moody tropes about love with a backbeat that aims to hypnotize/ take time out of the context. Sound is dark and moody with a touch of playfulness

Things to Say – This song is about the desire to be heard without misunderstanding, but also accepting the possibility of being misunderstood. The vocals are purposefully distorted here to further tease out this idea. This is the first time we here the percussive musings of Ricardo Marrero, setting the tone for more. Richie is a bandleader and percussionist who worked on amazing records with artists like Angela Bofil and Hector Lavoe in the 70s and 80s. He graciously shared his wisdom and stories, bringing new life and understanding to the music heard here. The sound is pensive and futuristic, made to spark introspection.

Lose Control – Lose control was birthed from a week of studio sessions with Stanley Kubrick’s 2001: A Space Odyssey playing silently on repeat. It revolves around some confusing interactions I had with a friend that left me angry at the time. It was about someone having feelings for you, but not giving you the respect of declaring this with words instead of hiding behind a mask of covert unclear interactions. Anger, loss of composure, and the desire to externalize feelings and let them be known to prevail here. Sonically very reminiscent of 90s hip hop.

5AM – This is the emotional heart of the album. It is an attempt to grasp a core tenet of human experience: things change. Even if we don’t want them to. Passion wanes. 5am embodies the painful desire for certainty and security in an uncertain time, situation, etc. This is a torch song about the soul being wrapped in love, but still acutely aware and uncomfortable in its aloneness. Inspired by artists like Sade and Marvin Gaye, the strings and downtempo vibe give the song a sentimental overtone.

Tokyo Love Affair – Do things need fixing if they aren’t completely broken down? A bit of a rhetorical ask here, but it’s about the loss of desire; fall out of sync with a person, circumstances, a former ideal or dream, etc. Whims can sometimes take us down a dead-end path, or nowhere at all. I was inspired to write this during my time in Tokyo a few years ago. The sound is progressive and has an edge to it, mirroring the tension of the song lyrics. I was listening to a lot of Nancy Sinatra and James Bond soundtracks while writing this one.

Night Moves – Night Moves is a very cerebral track. The structure of this song is set up to accentuate external( first verse) and internal (second verse) impulses constantly oscillating in the human mind. Moving through the city and wondering if something is about to pop off. Moving through thoughts about a lover and wondering if something will pop off this evening. This is all happening in the mind. The song aims to seduce the listener to dance, closing the mind-body gap illustrated in the lyrics. There is a heavy emphasis on the vocal harmonies, they are the emotional pulse here.

Wake Up -The desire for oneself or others to be present in reality. While writing this song I was a point in my life where I questioned it, wondering if my reality and experiences were the processes of a soul waking up or slowly retiring. The lyrics came to me during a time when I had to take on new responsibilities in my life and finally make the choice and effort to overcome my fears. Waking up to what is real. The tone and vibe of this one are definitely lush and unhurried—like a lazy morning in bed.

Ways – I wrote this song to help process feelings after getting into a feud with a family member. It hinges on the human desire for change while accepting people, situations, and beliefs for who and what they are. Human nature and its habits. The power of the human spirit in breaking habits. We can be set in our ways, but also have the potential for incredible growth at any moment. The soundscape is cinematic and heartfelt, aiming to conclude the listener’s experience on a warm and transcendent note.”

The new LP follows a self-released 4-track mixtape/EP titled VM2. The mixtape serves as a precursor to the album and was an offering to his fans in light of everyone being stuck inside during the pandemic. His track “Moonshine” was featured in The FADER’s 10 songs you need in your life this week back in June. Tillman has been featured on Milk.XYZ’s “Ones to Watch”, KCRW’s “Artist You Should Know” has received praise from media outlets such as Okayplayer, Audiotree, Earmilk, COLORS, Gothamist, and more. More recently, Singapore-based music and media company, Darker than Wax featured James’ single “Arizona” in their summer series compilation titled “Various Channels.” He has also supported tours and musical acts for tUnE-yArDs, Charlotte Day Wilson, Anna Wise, Jordan Rakei, and Kate Tempest.

His single “Casual Encounters” has garnered over 4.3M+ streams on Spotify and was featured in an episode on Netflix’s Original Series Dear White People. Tillman was recently interviewed by NPR’s All Things Considered to discuss the Dear White People sync placement and how it impacted his musical career. NPR says, “But song placement is still not a magic bullet: Despite getting his song on a hit TV show, for now, James Tillman remains unsigned.” Still, Tillman has a dedicated fanbase of over 235K+ monthly Spotify listeners, and has over 12M streams on Spotify and has way surpassed 2M listeners on Apple Music.

For James Tillman, it’s only the beginning. Head to his Instagram to watch (or rewatch) footage from his midnight session, where he played album in-full for his fans to celebrate today’s release. 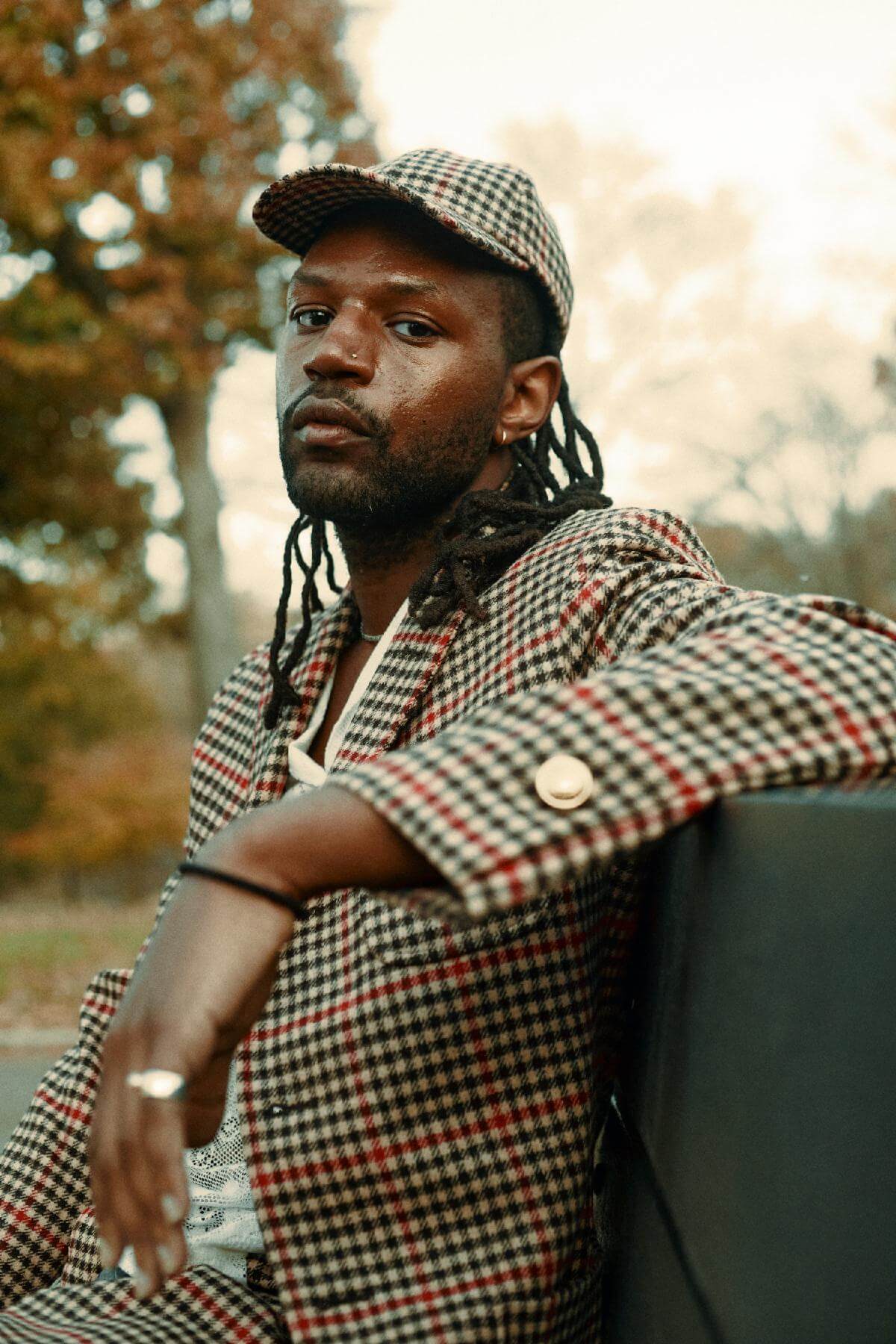