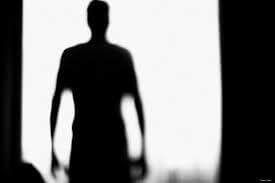 While traveling recently I had lunch with a major market urban radio program director that I occasionally consult. He was giving me his views on the industry, trends and the music he likes but is not yet playing as some of his challenges. This PD is brilliant and I asked him why he doesn’t share his views more openly in media forums such as major sites and TV. He stated most PDs from urban radio only have a face for radio not TV (that’s an industry inside joke that basically states PDs or DJs are unusually ugly).After we laughed hysterically for several minutes he also stated that the handful of radio corporations that exist today don’t like for PDs to take the driver’s seat when it comes to promoting what they do because it is viewed as revealing trade secrets. So it’s best they remain under the radar. As a business owner, I get that but I asked him how do you prepare for greater opportunities if you remain hidden and he said… you don’t.  “You hope to keep winning and that someone is watching your success.”  In an age of social media this is extremely unfortunate but understandable.Program Directors are in just about every urban market in the country.  They are the leaders and often unsung heroes of meticulously designing an overall sound that captivates the radio audience like artists. They are also responsible for the music, hiring and the playlist with a bit of assistance from their bosses on a national level which many complain about because every market is different and the listeners like different music. Most important they are responsible for the ratings (PPM or Portable People Meter) and adhering to or helping to conduct research to determine what the best songs and shows are to play on the air. If they don’t pull all these elements together on a consistant basis and win they are fired.  There is an old saying in the industry that is relevent across the board from PDs to Label execs to DJs, “You are only as good as you last hit” so if you leave a Radio Station with bad numbers it’s very difficult to get another job and there are few options and a LONG list of PDs trying to get back in the game.  Most urban radio PDs are between the ages of 43 and 55. There is at least one that is 92 (just joking)Quite often we get questions about why radio plays the same songs over and over and it’s based on a combination of the things mentioned in the last paragraph. Today’s urban radio is outrageously safe because competition is harsh, unfortunately a lot of new artists are lost in the process because of this.  Urban radio PDs contribute a great deal to the music industry from the many market breakdowns from major to those that are considered insignificant (but they still are). During our 20th Anniversary issue of Radio Facts Magazine we will salute Urban Radio PDs.  If you would like greater explanations of how radio works, let us know.

I think you should, for the 1st time go all in on urban radio past, present, and future..talk myths..reality trade secrets everything. Its time.
-OG