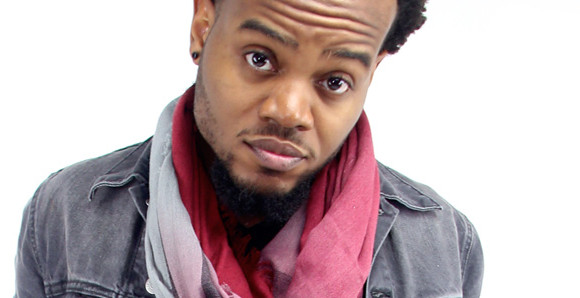 TRAVIS GREENE’S LIVE ALBUM ‘THE HILL’ DEBUTS AT NO. 1 ON THE CURRENT GOSPEL CHART
Featuring Chart-Topping Single “Intentional,” THE HILL is Available Everywhere Music is Sold
NEW YORK, NY – November 10, 2015 – Gospel sensation Travis Greene’s new album “The Hill” debuted No.1 in sales on the Current Gospel Chart and #2 on Billboard’s Top Christian/Gospel Albums Chart. Featuring the hit gospel single “Intentional,” the singer-songwriter’s 12-track live album presents a compelling showcase of his unforgettable songwriting, anointed ministry, and invigorating live performance style. THE HILL is available everywhere music is sold.
“I am so overwhelmed by the favor of God & the support of so many! I could have never imagined this, but God is faithful,” says Travis Greene.
Creating a striking sound influenced by a range of genres from contemporary Christian to gospel, reggae and more, Greene recorded THE HILL live before a packed crowd in his hometown of Charlotte, NC, delivering songs such as “Here For You,” “Gave It All,” “The Hill” and more. Greene ‘s music video for “Intentional” has quickly racked up attention and praise among fans, and he recently ended a series of live shows and promo appearances in Charlotte, Chicago, Atlanta, Washington DC, Philadelphia, and Richmond.
Travis Greene: “Intentional” music video

Travis Greene: THE HILL Retail Links
iTunes – https://smarturl.it/TheHill-I
Amazon – https://smarturl.it/TheHill-Am
Google Play – https://smarturl.it/TheHill-G
ABOUT TRAVIS GREENE
For 31 year old singer/songwriter Travis Greene, destiny announced itself several times. Travis entered into this world with complications that threatened his survival. At the age of four, he was pronounced dead after falling four floors out of an apartment window in Germany. As his mother picked up the lifeless body of her child, she called on Jesus over-and-over, praying until he came back to life. These near fatal and precious testimonials of life preface the anointing of a young man destined to minister to the world. Growing up in a military family in various parts of the world, Travis used music as an outlet to overcome many heart-breaking and crucial life experiences. Through his own broad style of music and ministry, Travis accepts the personal challenge to continually unify the body of Christ as one. The passion that dwells in him allows him to use his gifts as an instrument to help, heal and bring positive change to the lives of God’s people. Travis, his wife Jackie, and their son, David Jace, currently reside in South Carolina.